By Paige Tyler November 05, 2014
It's release day for HER LONE WOLF, Book 2 in my action-packed X-OPS Series, and I'm so excited!  It picks up where HER PERFECT MATE, Book 1, left off, featuring the hunky, if a little moody wolf shifter Clayne Buchanan as the hero. After HER PERFECT MATE came out, Clayne was very worried that you guys might have gotten the wrong idea about him, so he’s thrilled that you’ll finally get to meet the real him. Even he admits he had a lot of baggage in the first book. But I assured him that after you read HER LONE WOLF, you’re going to fall in love with him just like a certain FBI agent he knows! 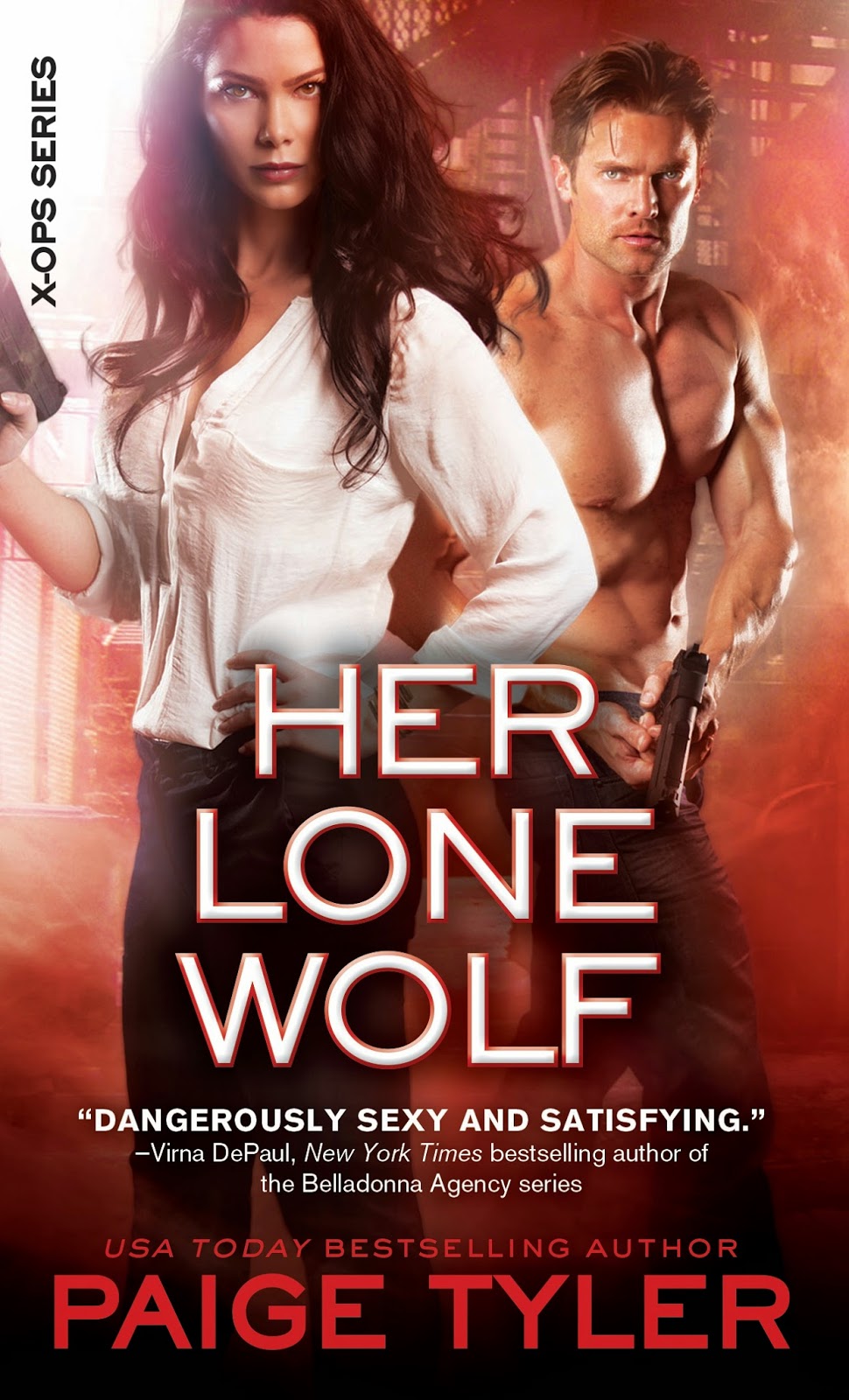 If you've read HER PERFECT MATE, then you know the shifters in the X-OPS Series are a little different. They don't actually shift into an animal, but can instead take on the traits, attributes, and abilities of an animal.

When I first started writing the X-OPS Series, I stumbled across an interesting article on the internet about genes and DNA and how much common building-block material (my words, not the article’s) humans share with other animals. And the article wasn’t just talking about the whole primate thing. It pointed out how many common genes we share with completely different animals, like chickens.

Much of the article was over my head, but one particular part really stuck with me. It pointed out that humans can have a particular gene that in another animal would result in a tail growing, except in humans that tail gene never turns on. And aren’t we fortunate for that? Could you just imagine what jeans would look like?

But that little comment about shared genes, DNA, and genes turning on became the foundation for the shifters in my series. In X-OPS, shifters aren’t some kind of monsters cursed to live in the darkness, and they aren’t possessed by a demon (which are both very cool ideas, by the way). They simply possess shared animal DNA that can be turned on, and in their case, off as well.

In HER LONE WOLF, the hero Clayne Buchanan is a wolf shifter. In his case, his wolf-based DNA shows up in the form of claws and fangs that slide out when needed (and sometimes when they’re not), drastically improved senses (great night vision, a nose that can pick up the scent of his woman a quarter mile away, etc.), enhanced muscular strength and endurance, and of course, aggression.

Sounds great, huh? But unfortunately, there is bad with the good. Clayne and all the other shifters have had to hide their abilities from most of the world, knowing they’d be labeled as freaks if people knew about them. I dropped a few hints in the first book of the series about Clayne’s former partner in the Department of Covert Operations (the covert organization these shifters work for) dissed him at some point for his genetic differences (or so he thought). It’s one of the many reasons he has for hating normal humans (or “norms” as he like to call them).

Unfortunately, most of the people in the DCO don’t foster understanding between shifters and their human partners (like shifters aren’t human?). They label the shifters as nothing more than Extremely Valuable Assets, or EVAs. Nothing like being told you’re just another covert asset to make you feel inferior.

That lack of trust and respect has led many shifters to develop a serious dislike for the humans in the DCO. As HER LONE WOLF opens, Clayne is one of the few shifters without a partner because no one will work with him. Of course, Clayne is just fine with that. He works better alone anyway. But a mission out to California to track down a rogue shifter that’s developed a taste for killing will force him back into a partnership with the one woman he ever let his guard down for, the one woman who hurt him more than he’ll ever let on.

Leaving him was Impossible…
It took everything she had for FBI Special Agent Danica Beckett to walk away from the man she loved. But if she wants to save his life, she has to keep her distance. Now, with a killer on the loose and the stakes higher than ever before, the Department of Covert Ops is forcing these former lovers into an uneasy alliance...whether they like it or not.

Seeing her again is even worse…
The last thing Clayne Buchanan wants is to be shackled to the woman who broke his heart. She gets under his skin in a way no one ever has and makes him want things he has no right to anymore. All he has to do is suffer through this case and he can be free of her for good. But when Clayne finds out why Danica left in the first place, everything he's tried to bury comes roaring back-and there's no way this wolf shifter is going to let her get away this time.

Clayne looked at her, his eyes wet with tears. The sight of them almost tore Danica’s heart out. In all the time she’d known him, she’d never seen him cry.

“We’ve just lost so much time,” he said, his voice rough with emotion.

She wanted to tell him it didn’t matter, that they would more than make up for it, but all that came out was a muffled sob. She closed the distance between them and kissed him—hard.

Clayne gripped her shoulders in both hands and pulled her against him. She thrust her fingers in his hair and opened her mouth to his, giving him an all-access pass. This was what she’d given up—being in the arms of the man she was meant to be with. She had left him for the very best reason, but now she realized it wasn’t a solution that could have ever worked long-term. She needed Clayne like she needed oxygen. How had she survived the last two years without him?

Danica pulled away and rested her forehead against his. “We have lost a lot of time, and for that, I am so, so sorry,” she said softly. “But we’re together now, and more than going to make up for it. Starting right now.”

Clayne pressed her up against the wall and kissed her so hard she couldn’t breathe. She threaded her fingers in his hair and gave as good as she got. Dear Lord, the hair on her arms was standing up. She’d never experienced anything so intense—not even the first time they’d made love.

Their weapon holsters hit the table by the door with a thud, but she barely heard it over the impatient growl Clayne let out as he shoved her suit jacket off her shoulders. This first time wasn’t going to be slow and sensual. It was going to be raw and animalistic. And she wouldn’t have it any other way.


"Nonstop action and hair-raising storytelling done well. This series gets better and better."
- 4.5 Stars from RT


And don't forget to check out Book 1 in the X-OPS Series, HER PERFECT MATE! 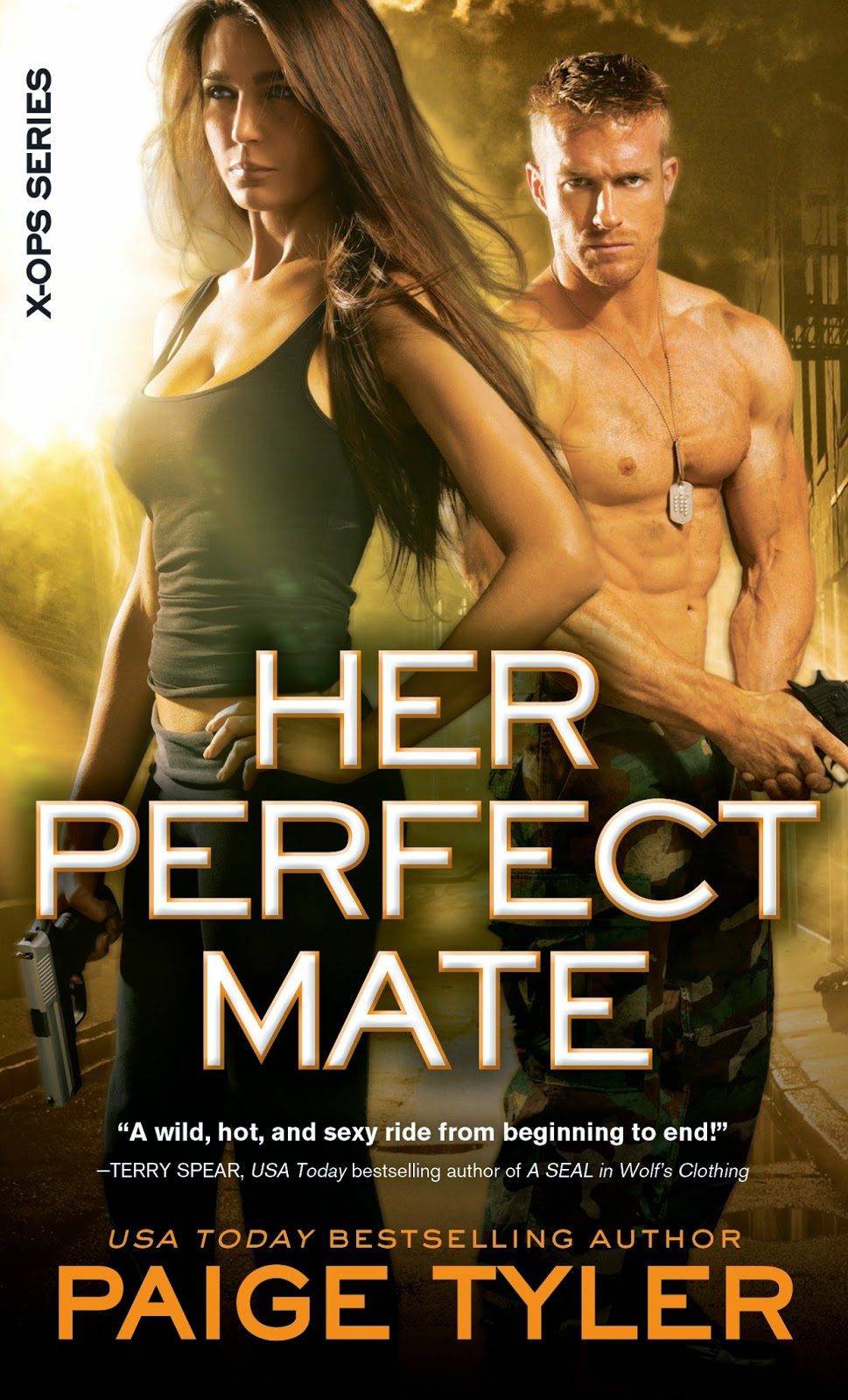 He's a High-Octane Special Ops Pro…
When Special Forces Captain Landon Donovan is pulled from an op in Afghanistan, he is surprised to discover he's been hand-picked for a special assignment with the Department of Covert Operations (DCO), a secret division he's never heard of. Terrorists are kidnapping biologists and he and his partner have to stop them. But his new partner is a beautiful, sexy woman who looks like she couldn't hurt a fly-never mind take down a terrorist.

She's Not Your Average Covert Operative…
Ivy Halliwell is no kitten. She's a feline shifter, and more dangerous than she looks. She's worked with a string of hotheaded military guys who've underestimated her special skills in the past. But when she's partnered with special agent Donovan, a man sexy enough to make any girl purr, things begin to heat up...