Spinning into a New World by Sara Humphreys

By Sara Humphreys June 17, 2013
When writing a series, I think one of the most challenging things is to keep it fresh. There are several series I've read that I thoroughly enjoyed, but after awhile the books can seem repetitive. So what's an author to do? I want to stay engaged with my readers and give them something fresh. However, there's still the desire to give them a hint of familiarity.

Then it hit me...a spin off series! Why not introduce new characters and a new layer to the Amoveo world and then give these characters their own series? So that's exactly what I've done. 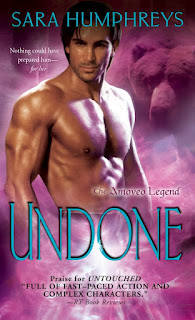 In UNDONE, the fourth Amoveo Legend novel, readers get to meet my vampires in NYC. Olivia Hollingsworth is a three century old vampire who owns a nightclub called The Coven. She runs the joint out of an old church in Greenwich Village and is also the head of an all female vampire coven.  Readers will get a peek at Olivia and her sexy little coven in UNDONE but then my vamps will be getting their own series---Dead in the City. 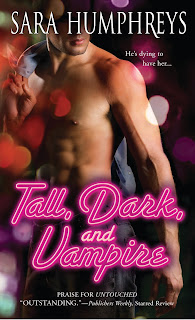 There will be five books in the vamp series, with each of the girls in the coven getting their own story. The first book, Tall, Dark, and Vampire will be out August 6th and tells Olivia's love story. The Dead in the City series is grittier than my Amoveo novels but readers will still see some familiar faces throughout. For example, in Vampire Trouble (DIC #2) readers are going to see how Boris and Lilian (UNDENIED) are doing as they lend a hand to the vamps. As a reader, I love it when authors intertwine their series so I can see how characters from past stories are doing. 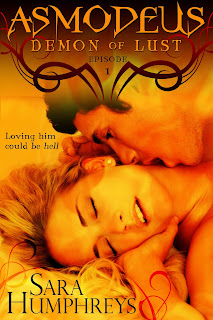 I'll be honest, I knew my vampires were going to be in the Amoveo series at some point but not all of my characters are planned. When I was writing UNDONE, a new character showed up and completely changed the game. I had no idea that Asmodeus existed until I was writing Pete and Marianna's story but about half way through the book...there he was.

However, he didn't go away after UNDONE was completed. Nope. He hung around and told me that if anyone deserved their own story it was him. Well, he is the Demon of Lust so the guy clearly isn't lacking confidence.

Hence a second spin off was born. Princes of Hell is a series I'm self-publishing and each book will be released in "episodes" Essentially, it's a serialized novel. Part One of ASMODEUS: Demon of Lust will be released at the end of this month.

I can't wait to take readers to these new worlds and I can only imagine where my characters will take us next.