I Owe a Debt of Gratitude to...

I owe a debt of gratitude to my mother, who instilled in me a love of the Highlands and our Scottish heritage, to seek out the truth about our Highland roots, and to keep our oral history alive.

And so because of my mother, I wrote HEART OF THE HIGHLAND WOLF, with more Highland tales to come. 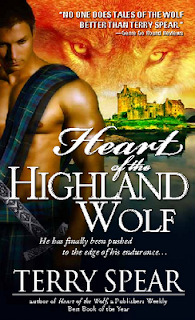 Each holds a secret they can't possibly overcome alone...
Julia Wildthorn is sneaking into Argent Castle to steal an ancient relic,but reluctant laird Ian MacNeill may be the key to unlocking the one answer she really wants discovered...

All month, I've been guest blogging about Highland wolves and why I write them, but at the root of all of it was my mother, who was born in Edmonton, Alberta, and came to the U.S. as a young woman with her own mother to become citizens. Although our MacNeill Highlanders actually settled in Prince Edward Island to begin with.

My mother has since died, but at least she saw my first Highland romance stories published. And so the Highlanders will live on--only she'd never envisioned the wolfish kind would be a possibility!

When I'd ask her for ideas for the wolf stories, she'd give me beastly wolf ideas and I'd have to remind her that I didn't write about werewolves in the horror sense, but about romance! And they are majestic wolves. She'd grin and give me a beastly vampire story idea--a cruise ship where the vampire began biting all the women...no, no, Mom, romance. She'd come up with something else that was even more bizarre. But I loved her for always promoting my works to all her friends and being so proud of what I did. Well, in part. She kind of stumbled over telling folks I wrote werewolf romance. She'd wave her hand and say, "You know this fantasy stuff is all the rage now."

And everyone would nod sagely as if it was just one of those fads like Rock 'n Roll and would eventually go away. :)

But my mom always loved horror stuff--although she wouldn't let her friends know this. My dad did too, so we watched the old vampire and werewolf and other bogeymen stories that went bump in the night. We watched our weekly show of Star Trek too, with doritos topped with melted sharp cheddar cheese crowned with a half of Spanish olive. Hmm, those were the days.

So here's to a "with it" mom, who though was never really into romance, would watch the horror stuff with me, when neither of my kids will!!! Where did I go wrong? But at least they love fantasy and scifi, so I didn't lose them entirely.

Thanks, Mom, for being my greatest fan and making me laugh with all your horror story ideas...

I wanted to share also with everyone that Cheryl and I made a Best Selling list at Books on Board last week! As you can see there are some really big author names on the list that we were competing with! 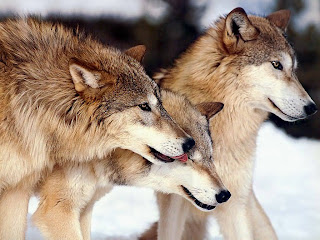 I was so excited to see this! And the other great news is that Ian MacNeill of Heart of the Highland Wolf made All Romance ebooks finals for one of 32 hottest heroes this summer! Voting starts July 1st!

Also, Olivia and Mary Margaret's heroes made the finals! So there are 3 of us competing against the other 29! Let's see some tearing off of shirts, heroes! We're ready to vote! Right, ladies?

And I just learned of Sia's lovely review of HEART OF THE HIGHLAND WOLF also!

This story is wonderful blend of contemporary suspense; romance, with just the right mix of paranormal. Terry has a wonderful sense of humor and you can’t help but laugh out loud at some of the situations. The cast of characters is well-drawn and distinct with strong family ties with Ms. Spear’s trademark pack dynamics.

What I love about Terry Spear’s series, especially in this particular story, is this isn’t fantasy. It’s set in the real world and crafted in such a way you feel there could actually be werewolves hiding in plain sight.

Terry sets it in the Highlands (yay!) and combines a touch history (how can you not?), a secluded castle, a ghost, a family feud going back generations, a hidden betrothal contract, and a villain who’s determined to take what he sees as his right, Julia Wildthorn. One tough and mouthwatering Scot Laird (Ian) who has already determined that Julia is all his and said villain will take her his dead body. Believe me, Sutherland tries.

Did I mention there is not just one sexy Highland wolf, but four of them! None of them are quite prepared for two independent and unprotected female (what is wrong with their pack leaders anyway?) American werewolves in Scotland, especially one who writes (gasp) werewolf romances.

This is such a fun story to read. I love that Terry has set this and the next one in Scotland (I’m hoping a story for each brother).

Let me go on record and say, Terry Spear just gets better and better.

Today is the 1st Day of Summer, though with 90+ days for several weeks, I disagree with the calender! I'm definitely looking forward to the end of summer, already!

And I wanted to say that I was so proud of Carolyn and Grace for making NYT best seller! Way to go, Ladies!

Hmm, I wonder what my mother would say about me writing about a jaguar shifter this time???