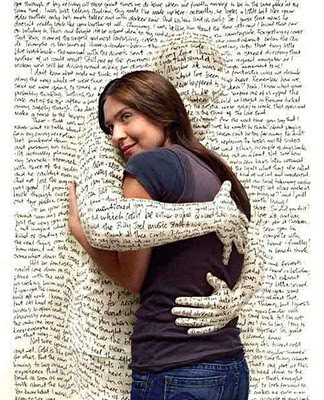 That's it! I freely admit I'm addicted to storytelling. But it doesn't stop there. I love to read, to discover new worlds, to find new romance.

When I was a kid and budding teen, I loved to read. At one point, we were living in Central Florida, a swampy jungle across the street from our development, with the Sahara Desert- worthy mountains of sand across the canal from my backyard. But it was also hot and muggy and mosquitoes attacked every speck of skin not protected by insect repellent. So I loved to read inside in my air conditioned bedroom.

My parents were not really big readers and wanted me outside to play. And so I explored the jungle with neighborhood kids (which I'm sure if my parents had known, they would have much preferred I stayed in my air conditioned bedroom to read a safe story), and climbed the sand dunes that stretched to the sky, all the while making up my own stories of pirate treasures, being marooned in the desert, or lost in a jungle, and all kinds of other neat scenarios to explain the unnatural worlds I was exploring.

Then my best friend's parents asked me to accompany them to a Florida lake cabin and spend a few days. Yes! They were readers. And I could read as much as I liked. Although we went for long walks through the treed national park and heard a bear's cry, which had us moving back to the cabin pretty quickly. And we swam with snapping turtles, or it might have been a water moccasin, not sure. But we plunged through the reeds at the bank of the lake, making enough racket to scare everything out of there--which was our intention, and played on rafts, while we watched whatever it was, watch us. It had a head like a snake, but a snapping turtle looks much the same in the dark lake with only its nose showing. And their sharp beaks can take off a toe.

And then at night, we all settled down to read.

But...it was never enough. I loved to create my own stories too. And at a very early age, that's what I was doing.

Then life got in the way of reading for pleasure and of storytelling--college degrees, Army courses, then babies... So reading began again with teaching my children to read. And then it was my turn. To create my own stories again. To read for enjoyment again.

With deadlines for promotions, or edits, or the submission of new books, or the pitching of new ideas, I'm in Seventh Heaven as I overindulge in writing.

But I can't and won't give up my reading addiction either! I have two more published author contests I'm judging in the next couple of months, and a stack of TBR books piling ever so higher, and I listen to audio books whenever I can't actually read--so I get my fix.

I'm winding down at the end of THE HIGHLAND WOLF IN PARADISE, 10th book in the series, which was my last contracted book with Sourcebooks. And I was getting antsy with myself. What would I do if I finished the book and didn't have another to write??? No new deadlines?

I'd be lost in the desert sand dunes of my youth, or floundering in a snapping turtle and water moccasin infested lake--we did worry about alligators too--or running amok with no direction in a steamy jungle.

6 Books---3 more of the wolf books and 3 of a new jaguar shifter series!

Jaguars are among the many species which will have habitat protected under a new proposal to protect the Patanal region of Brazil from further sugar cane development. Photo: Getty Images.

So I'm back in Seventh Heaven--or maybe even soaring a lot higher!!!

More wolf tales and some big sexy cat shifters to add to the collection.

But if you need a quickie vampire fix, or a tale about the fickle ways of the Greek Goddesses and Gods…I’ve got some paranormal anthologies up on Kindle and Nook, that will be available soon on Kobo, Sony, and other ereaders. All for only 99 cents each! More to come!

A vampire targets a huntress for his own, and she’s torn between wanting him and knowing she should terminate him. But in the dark of night, who will win the battle?

Samantha Ramsay’s always been different, a huntress born with the gene that makes her kind take up the sword to terminate rogue vampires, yet something isn’t right. They’ve never targeted her before tonight, and now she realizes she can’t kill the sexiest vampire she’s ever encountered, who claims her for his own.

Ralston Vaccarra has waited all the huntress’s life to have her and no one, vampires or hunters alike, will have the woman he claimed for his own the day she was born, only will a huntress be able to accept him and his kind for what they are?

When the vampire takes on a dare to seduce the huntress, little does he know he’s on her terminal list already!Set in an island paradise, neither the huntress nor her prey really knows who the real rogue is and who is being made to take the fall, but will she succumb to the ancient vampire’s will before it is too late?

The vampire Sarzoven and his sister are bored with life so a death-defying game of seducing the huntress is an attempt at eliminating boredom. But Miranda isn’t about to be seduced by the vampire no matter how sexy he is, not when he’s on her terminal list. Sarzoven soon realizes she’s a dark huntress, who doesn’t eliminate a rogue vampire until she’s sure he or she is truly a renegade.

So why is he on her list? Now he must convince her to remove him from her elimination schedule before she decides he really is a rogue. Miranda knows she can’t permit the vampire from swaying her from her mission, but soon she finds she’s on someone else’s list. But who’s behind this twisted game that’s bound to stir up vampire and hunter hatred alike? And can the huntress and vampire overcome their age old distrust of one another before it’s too late?

A vampire wishes upon a falling star and ends up with more than he bargained for. When he attempts to rescue a woman in distress, he soon learns she’s not quite human and not a huntress–or at least like any he’s ever known. That’s when the seduction begins–but who is seducing whom?

Tristina isn’t a huntress in the normal sense. Before meeting the vampire who would rescue her from danger, she never thought anyone could love her for herself. Now, just maybe she’s found the right man for her.

Sardis wants nothing more than a vacation from his ponderous role as prince of the New York vampire clans, but ends up having anything but a peaceful time while staying at a beach resort when he meets the most enticing siren. Trouble doesn’t even begin to describe the new world he finds himself in as he tries to seduce her, and he falls under her siren’s spell instead.

In a game of the gods, librarian Lisandra, who has never been loved, is chosen to be the goddess of fertility. The demi-god of pleasure, Assarian is ordered by Zeus to train her in the hallowed halls of Mount Olympus to prove to his wife, Hera, goddess of marriage, mortals and immortals alike only need be physically satisfied to find fulfillment, to which Hera disagrees—all creatures must have love to be whole.

And the vampire novel:


Huntress Alena MacLeod is given a mission: work undercover to discover a rogue vampire’s secretive work, then terminate him.

Ephraim MacNeill, aka Sutton Bastrop, knows Alena is his Elizabeth MacLeod from an earlier time, and he’s determined to return to the past and right all the wrongs to end the curse placed on the love of his life before it’s too late—again.

Together, they must risk all to stop a war between a newly formed Brotherhood of rogue vampires, tired of the status quo, and the League of Hunters, who have ruled for centuries over the vampires—both changed during the Black Death—some of the survivors becoming vampires, and others hunters of the same. And that, my friends, is my overindulgence. My love of stories!

Can you imagine not loving to read???