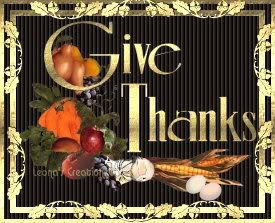 While she was at finishing school, the Duke of Argyle's daughter ran off with the commoner MacNeill, who according to oral tradition, worked for the duke himself. The duke offered to give Malcolm MacNeill land to support his daughter as much as he could walk off in a day's time, but Malcolm was too proud. He paid for passage to the Carolinas where some of his family had settled, but the captain of the ship took the Scots to Prince Edward Island instead against their will.

The story goes that Capt. MacDonald's brother was given land in PEI by the king of England for services rendered and was told he had to have it populated or he'd lose it. No one wanted to go there, but their father was a minister and talked several of his flock into leaving Campbelton for a better life. Except he didn't say it was in PEI.

The people didn't pack tools to build homes, believing they were going to a civilized town in North Carolina. The ship arrived in the unpopulated PEI instead, but the Scots refused to get off the ship. 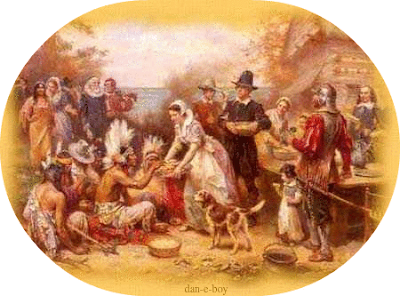 For days they refused, and the ship ended up wrecking offshore. The people had to get food and water in the inhospitable land as provisions on board were running out. Now, Lady Elizabeth Campbell MacNeill had two sons, 6 & 8, and either had just given birth to a daughter, or the daughter was very young when they arrived.

Elizabeth had expensive gowns and jewels and gave these to the native Micmac Indians hunting in the area in trade for food. The Indians showed them how to hunt walruses and seals and locate berries. They helped the Scots to survive the harsh conditions.

It is said that since Elizabeth had been raised as a lady, she could not survive the brutal winter and died. Her daughter was raised by another Scots family and she eventually married one of their nephews. One son was raised by the Matthews family, and he is our ancestor and married one of their daughters. The other son married another Scot, but I couldn't learn if he lived with his father or not. In a later census record, a Malcolm MacNeill was married with children and he might have been Elizabeth Campbell's husband.

My great grandmother and many of that branch of the family always berated Lady Elizabeth for running off with the commoner MacNeill, leaving behind a life of nobility. Instead of being farmers, we could have been living in a castle!

If it were not for the Indians who came to their aid, we would not be here today. It is said, we are distantly related to Lucy Maude Montgomery, also of Prince Edward Island. Maybe that's why I love to write!

So I give thanks to the native Indians who welcomed the Scots and helped them make it through their first bitter winter. And to Elizabeth, who though she did not live happily ever after, chose to be with the man she loved more than having a courtly presence and being tied to a nobleman she couldn't abide.

Now do you see why I love romance???

I believe Elizabeth was born of a mistress, since we can find no record of her in the listing of the Duke's offspring. Although she was told for leaving Scotland he'd cut her off from the family completely. Two hundred years later, the other male branch of the family has the same story to tell that's been carried down over the generations. In the PEI accounts of the ship that was wrecked off the coast, Lady Elizabeth is mentioned. And my great grandmother, her father, and my grandmother recounted how Scotland Yard came to speak with them about the Bible that would have had Malcolm and her names, and her children's, when the last Duke died without issue many years ago. It is said that an even more distant relation than Elizabeth's offspring ended up with the title and castle because they could prove a connection when Elizabeth's family could not.

So what would you have done, given the choice?

I don't get to post again after the big turkey day, for those who celebrate the occasion, so I want to wish everyone a grand year full of thanks!