To Catch a Texas Star Is Here!

To Catch a Texas Star hit bookshelves and online vendors last week and I’m so excited to have it in readers’ hands at last. This story is different from any I’ve written. This is the first time I’ve created a character who’s an author and I kind of liked that.

An Overview of the Story:

Marley McClain is heading into town one morning and spies a man lying just off the road. She sees that he’s in bad shape so she gets him into the back of her wagon and takes him to her family ranch—the Aces ‘n Eights. Roan Penny lies unconscious for two days then as he slowly recovers, he finds an attraction between him and Marley growing. But first, he has to make the men pay who killed his friend and dragged him almost to his death.

Marley knows that he’s a drifter and doesn’t intend to stick around but her heart tells her she’ll have trouble living without him. Roan is everything she’d looked for but never dreamed of finding. A frightening stranger appears along with foreboding. Then a long-held secret that her parents have kept comes out and shatters everything she thought she knew about herself. 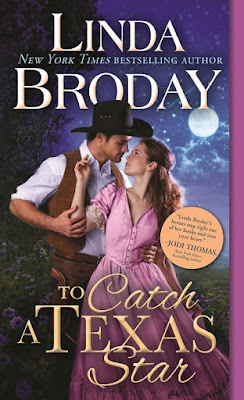 Danger, adventure, and deepening, lasting love make this a story you can’t put down. Will Marley and Roan live to see their happy future? It’s anyone’s guess.


“You’re like those shooting stars. You blaze across my life with such a streak of color and pageantry it steals my breath. You’re my Texas star, Marley Rose McClain.”

Marley loves to write children’s stories that she reads to the orphans in her parent’s care. She wants to get them published but doesn’t know how. Roan tells her about an ad he saw in the mercantile and that sets the wheels in motion.

I loved this extra layer that making her a writer added to the story. The children can’t get enough of what she pens and the stories spark their imaginations.

Here a few of the books they would’ve had access to in 1899:

There were lots, lots more. Children had plenty to choose from. One of the stories that one little boy loved of Marley’s was about pirates and Jean Lafitte.

Did any of the dates on these classic books surprise you? For me, I didn’t realize that Aesop's Fables went so far back. That's amazing.