Some people might think I’m morbid, but I’ve always loved cemeteries. I love walking through them, reading the tombstones, imagining the person’s story. Did they achieve their hopes and dreams? Did they know love? Were they loved in return? How did they die? So many questions go through my mind.

In my newest book THE COWBOY WHO CAME CALLING that released last month, I had a scene where the H/H are discussing what they want on their tombstones. Glory is losing her eyesight and very distraught about the fact. Luke’s trying to lighten her spirits by telling her everything he wants his epitaph to say.

Here’s the short scene:
“Do you ever give any thought what you’d want as an epitaph, Glory?”  Saying the name that occupied Luke’s waking moments more and more, gave him pleasure.

“Hell’s bells, what a morbid subject.”

“I take that as a no.”  He settled his shoulder against hers, enjoying the intimate touch.  “Don’t tell me you haven’t at least considered death when you’re lying in bed at night with nothing but the sound of your own breathing for company.”

“My day is filled with too much work to waste with idle thoughts.”

“But what about the nights?”  He let his tone drop to a bare whisper.  “Are they filled as well?” Luke could sense deep agitation.  That was something no gentleman should ask a lady.  An apology formed in his mind, but never reached his lips.  Glory jerked away and kicked a clump of dead grass with her toe.  The rising full moon behind framed her livid features.

Despite knowing trouble when he saw it, he pressed.  “You don’t expect anyone to care, do you?  Or is it you’re too afraid to find out there’s more?”

The tremble of her chin sent jolting pain through him.  He wanted to hold her in his arms and prove life held passion and happiness and time for laughing.  Ha, such boldness for a man who could offer nothing other than wispy daydreams.  He couldn’t even bring Perkins in alive.

He leaned forward and clasped his hands together to keep from reaching for her.  “This is what I want.  Here lies Luke McClain, he was one hell of a lawman.  He fought injustice and crime wherever he found it.  He gave generously of himself to make the world a safer place.  He lived well and loved hard.  He will be missed.”

“My stars, Luke.  A tombstone only has so much room.  You can’t write a whole darn book.” 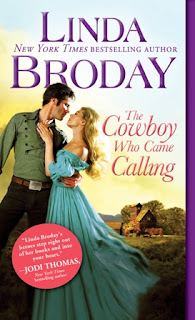 “She was faithful to her three soldier-boy husbands and is now waiting the reward for faithful service.” Sophia Gearhart

“Here lies Butch, we planted him raw. He was quick on the trigger but slow on the draw.”

“Here lies Elizabeth, my wife of 47 years, and this is the first damn thing she’s ever done to oblige me.”

“Rest in peace my love. Now we will both get some.”

“He died in bed.” Doc Holliday

“Here lies Scottie Fife for foolin’ around with the marshal’s wife.”

* * * *
I really love visiting old cemeteries. In a plot next to my parents in the small country cemetery where they’re buried is a family who all died in the 1800s. The wife’s name was Texanna and I used her name as my heroine in a story I wrote for Give Me a Texas Ranger. Do cemeteries interest you or maybe you’ve seen a tombstone you’d like to share.

Where to buy The Cowboy Who Came Calling