Snippet of The Right Kind of Reckless (Coming 11/7)

By Unknown July 24, 2017
In the world of publishing, everything is slow going. Several people have asked me, emailed me, messaged me, and all that good stuff, wondering about the next books in my series. For now, The Right Kind of Reckless is officially coming November 7th! AKA Max's story.

As for Gavin's story? I don't have an official release date for that just yet. (sorry Gav lovers!!) BUT I'm hoping next year, for sure.

To make up for all the waiting, I've decided to give some Max fans a little taste of his sweetness come November. Yes, he kind of got a bad rap for being a little jerky when it comes to women, but I SWEAR to you all, he's got the most redeemable book ever.

Writing a hero that's a bit of an ass is...my specialty. Was Collin an overprotective, overbearing, downright booger of a man at times? Yeah, and I'm not afraid to admit it. WHY? Because I love to read books like that, bottom line.

Was Max a bit of a jerk who spins tails and loves the ladies a little too hard, only to say goodbye to them the next day? Yep. And I'm not sorry for that either. I write what I love, without merits or apologies, and if you're an author, reading this post, don't be afraid to do the same. <3

Ten minutes later, I was dressed and the two of us stood outside his door. “You knock, pretty girl.” I grinned as she pounded her tiny fist against the glass storm door. Ten seconds later, a sweaty-a ss yeti of a man answered, towel around his neck and looking like he hadn’t seen a razor—o r sleep— for months.

“Get dressed. We’re taking Beaner for breakfast.” In response, Chloe leaped toward Gav’s leg and wrapped her chubby little arms around his calf.

“Sabotage,” he grumbled, flipping me off over her head. But, like all three of us would’ve done, he squatted down to her level and said with a smile, “Good morning, Chloe.”

The guy wasn’t good with kids. The only time he’d tried to take care of Chloe on his own, he’d wound up covered in her vomit and calling Addie. But that didn’t mean he didn’t love her. And Chloe, for some reason, thought the sun rose and set with her uncle Gavin. Hell, her first real, recognizable word was Avvy, which we all knew stood for Gavvy.

“Sorry. First thing she asked for this morning was your dumb-ass.” No, it was candy, but a little white lie never hurt anybody.

His bearded face went soft as he pulled back from kissing her forehead. “I’m all sweaty from my run, Chloe. Can I take a shower first?”

I rolled my eyes as he tried— failed— to barter with the kid. Again, the guy didn’t have a fatherly bone in his body.

She grabbed hold of his finger and tugged him out onto the front porch, her decision already made. Gavin shot me the devil eyes from over her shoulder, and I held my hands up in defense. “Kid’s hungry.”

I laughed so hard my eyes started watering. Gavin, on the other hand, turned pale and pointed a finger at her, then me, then her again, his mouth opening and shutting each time. Chloe giggled like she knew exactly what she’d done. I picked her up, propping her on my hip.

Gavin moved forward and tucked some of her curls behind her ear. Then he glared at me, his jaw tight. “Give me five minutes.” 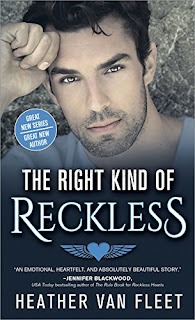 I'm in love with a woman I can't have, and there's absolutely nothing I can do to stop myself from falling.
The problem? Her brother's my best friend.
I shouldn't want her this much. Not when it goes against the bro code. Not when I've never been able to commit to a woman for longer than a night.
But one look into her eyes and I'm a mess for her. She's my everything. And I have to walk away with nothing.