By Unknown March 23, 2017
Bromances are pretty much the staple of the entertainment world to me. Nothing beats the banter and the friendship of two or more men. The way they interact, the way they rely on each other, the way they look to one another as not just friends, but brothers too. In Reckless Hearts, I took my love for this idea and paired it back to my days of being the girlfriend/wife of a hubby who has more bromances than I ever did girlfriends. From his high-school best friends, to his rugby playing buddies years later, I stored my eye-witness accounts into the back of my mind, unknowing that I’d use them years later for the Reckless Hearts series.

It wasn’t just my experience firsthand that had me loving the concept of bromance-ism, but also different characters in movies, books, and TV shows too.

Below are my top ten favorites bromances. Make sure to comment with some of your favorites too! I’d hate to think I’ve been missing out on some. 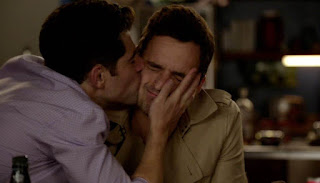 10. Nick and Schmidt from New Girl.

Talk about opposites attract in the friend department. I love these two. Schmidt, with his crazy cockiness, and Nick with his goofy, lovable side… These two were a match made in cable TV heaven.

Back in the day, when teen drama was all I ever watched, these two boys rocked my fictional world. They were just so damn cute with their friendship that I wanted nothing more than to hug them through my TV screen. (In a non-obsessive-creepy-fangirl way, of course.) 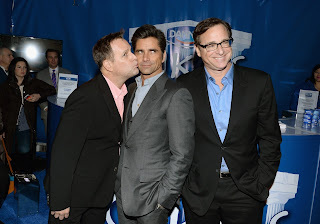 I grew up with this show and cannot, for the life of me, picture a world without these three men. Add in the fact that they also gave me the Reckless Hearts idea and I couldn’t love them anymore than I already do.

What could possibly top these four? Not a lot. They were hilarious, though clueless, and their banter and escapades were everything.

6.  Kolton, Sawyer, and Nico from Kelly Siskind’s Over the Top series.

If you haven’t read this series, then you are seriously missing out. Not only are they sexy and romantic, but they feature one of the best fictional book bromances ever. I adore the relationship between these three men. They’re hilarious and bromance-perfection.

5.  Peter, Michael, and Jack from Three Men and a Baby.

Of course I needed to give a shout out to this movie and these boys. This was another one that inspired Reckless Hearts. I may have only been five years old when this movie came out, but I can remember it as though it was released yesterday. (It also helped that I’ve watched it constantly over the years too.) This is one of those movies that will stick with you for years, and the bromance shared can’t be forgotten.

4. King, Bear, and Preppy from the King Series by T.M. Frazier.

A dark romance series meshed with a dark bromance? Yes. Please. Thank you. Read this series. I can’t really do these three guys and their bromance justice with a few lines.

3. Styx and Ky from The Hades Hangmen Series by Tillie Cole.

This is another dark romance series, featuring a rough and rugged group of motorcycle club men. Styx was the club president, Ky the vice president, and together, they were pretty much epic as far as the bromance department went. Though this series might be hard to read for some, I highly rec it for these two men alone. 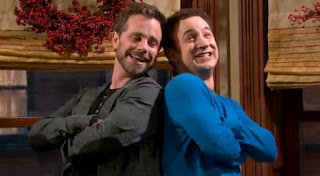 Holy macaroni, did I love these two. They were just a couple of teens trying to make it through life, but together they rocked the TV world, including mine. I adored them together. Corey’s goofy self, paired with Shawn’s rowdy self, was TV genius. 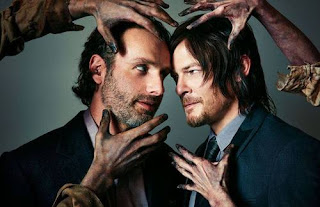 1.  Rick and Daryl from The Walking Dead.

The number one spot was a no-brainer for me. Take my love of gruff men and add in some zombies, and you’ve got the perfect recipe for the perfect bromance. I’ve adored these two from day one of that show and (SPOILER ALERT) when they were reunited midseason during season seven, I’m not ashamed to say I cried crocodile, happy tears. 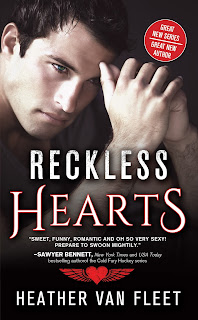