The Asylum Jailbreak and the Reunion You've All Been Waiting For. 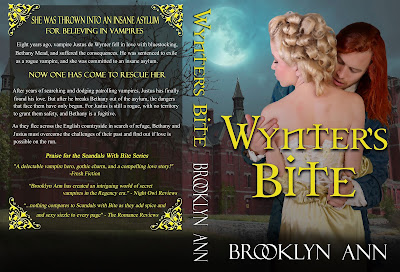 Hey, everyone! I've been crazy busy getting the final proof of Wynter's Bite ready for its release on Valentine's Day!

The idea for this one created itself when I realized that Justus, the villain from His Ruthless Bite, was not what he seemed to be. All of the havoc he'd created was out of love for the woman he lost.

In Wynter's Bite, we get his side of the story. And he also reunites with his beloved. However, the dangers that face them both have only just begun. 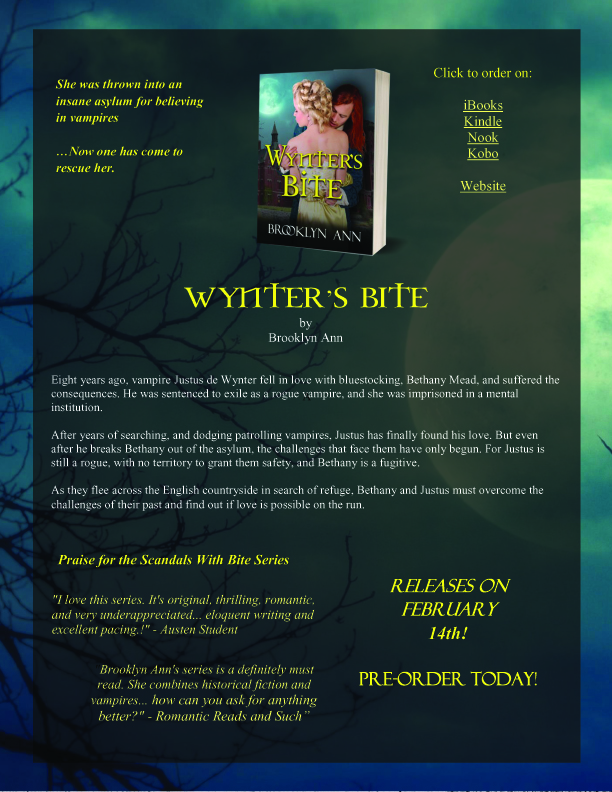 For a PDF of this media kit, go HERE.

And since I already did an excerpt of the first chapter on my blog, I figured I'd do a bonus, never been read excerpt here.

I hope you liked the excerpt! If you like reading excerpts and want a free copy of one of my other vampire books, you can sign up for my newsletter!