A Little Downton Anyone? by Linda Broday

I hate to say this but I'm a TV addict. Always have been. Maybe it's because I grew up without one. Or maybe it's something to do at night when I stop writing for the day.

I have my favorites--Castle, Hell on Wheels, Shades of Blue among lots of others.

But Downton Abbey ranks at the top. I love that show. And I'm absolutely heartbroken that the last episode will air on March 6. I can't even bear to think about it.

What will I do without the Crawleys and their magnificent castle? 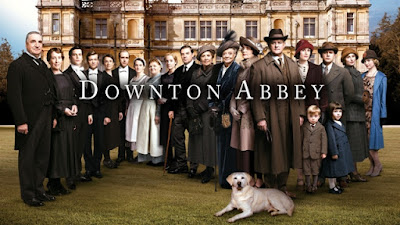 Sunday's episode saw lots of drama and I felt so badly for Lady Edith. That poor girl is never going to find any happiness. Every time she almost does something happens. Last night her sister did her in. I won't go into it in case someone hasn't watched it. but now I'm quite sure there's little redemption for Lady Mary.

And poor Thomas Barrow. I admit he dug his own hole by the way he's treated people, but my heart goes out to him now. I think it's all going to work out for him though. I have hope. The scene with him sobbing in the kitchen a few weeks ago really got to me and I found myself wondering about his past. Especially when he said that he'd never had roots this deep. He sees the Crawley's as his family. 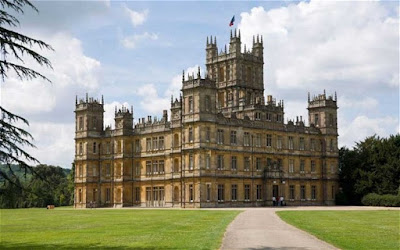 I'm glad Mr. Bates and Anna are happy now. They've sure been through a lot--prison, long separation, unable to conceive. I'm sorry I won't get to see the little babe that's coming.

I don't know what has happened to Mr. Carson but he's turned very unlikable since he married Mrs. Hughes. I hope she straightens him out soon. He doesn't treat her very well. Yet, she seems to take it in stride.

And now it's about to end. Good grief! I'm kind of getting into Mercy Street. It's taken a while to get to know the characters. So maybe it'll partially fill the hole left by the Crawleys. We'll see.

Are you a TV watcher? What shows do you like?