Silence of the Wolf--Blog Tour

Are you the baby of the family? A middle child who's just in the middle? The firstborn and in charge?
Even if the age differences are only by a few minutes?

Tom is the youngest of the triplet Silver brothers and fans have been waiting for his story forever.

The question was raised in the first two books, Heart of the Wolf and Destiny of the Wolf, as to which came first: red wolves or gray wolves. And so, I did some research to answer this question. I think that's one of the most fun things I get to do when I'm writing a book--research.

It's also fun for me to write about characters based on birth order. In the Heart of the Highland Wolf series, Duncan MacNeill is the baby, so he makes up for this by being a rough and gruff warrior. When he's on a mission, that's all he thinks about. In A Howl for a Highland Wolf, no way does he think a pretty she-wolf, sassy enough to wear a lot of silver, and single, is going to sidetrack him. His oldest brother, Ian, is ready to send Cearnach, the second oldest brother, to Grand Cayman Island to help him out. But he doesn't want that help. He can manage. He has to always prove himself to his older brothers. Guthrie, the third oldest brother is the typical middle brother--who does his job and gets a little lost in the dynamics of all the other brothers. But his turn is coming in A Highland Wolf Christmas, coming Oct 2014.

So now we have the triplet Silver brothers in Destiny of the Wolf pack fame. Darien is the eldest, pack leader and very much in charge. Jake is the next eldest brother and he's second in charge, though he mostly defers to the pack leader and is  the middle child in that respect. Tom does his job, is quieter, a bit like Guthrie, and yet he's stubborn too. He's a peacekeeper in the family, but when a she-wolf gets under his skin, his usual doing what his pack leader brother wants, turns into doing what the she-wolf wants.

Now... doesn't that make him the hottest and sweetest guy ever?

Any alpha male that will do that is worth claiming. Tom. *sigh* 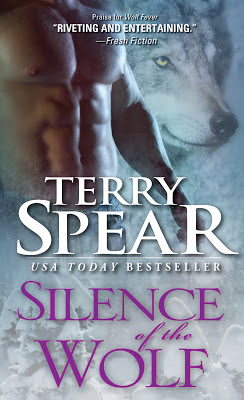 
SILENCE OF THE WOLF BY TERRY SPEAR – IN STORES MARCH 2014

Life For the Silver Pack Just Got Wilder...
Elizabeth Wildwood has been a longer all her life, ostracized because of her "mixed" half-wolf, half-coyote blood. When she ventures into gray wolf territory on a dangerous quest of her own and his thrown together with the sexiest shifter she's ever met she begins to wish for the first time that she could be part of a family.

When this unusual shifter female comes into his pack's territory, it's Tom Silver's job to protect her—if only she would let him.

Praise for Silence of the Wolf:
“The outstanding and gripping plot of Spear’s latest installment in the Heart of the Wolf series will appeal to paranormal fans, and romance junkies will take delight in the red-hot love story embedded within.” —RT Book Reviews, 4 Stars

ABOUT THE AUTHOR
USA Today bestselling author Terry Spear has written over fifty paranormal romance novels and five medieval Highland historical romances. Her 2008 novel, Heart of the Wolf, was named a Publishers Weekly Best Book of the Year (romance category). A retired officer of the U.S. Army Reserves, Terry creates award-winning teddy bears that have found homes all over the world. She lives in Texas. For more information, please visit http://terryspear.com/

And more fun is on the horizon with the Silver Wolf pack. 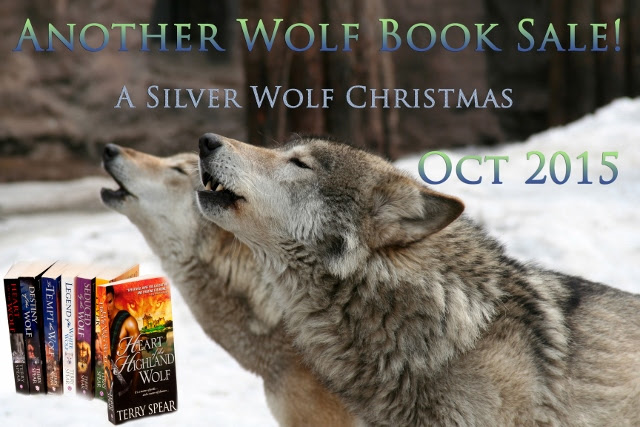 This makes #16 in the popular werewolf series and we’re back to Silver Town and the Silver wolf pack in the Christmas adventure!

So are you ready for Tom's story? I have an autographed ARC copy for one lucky winner!

Just answer me this--which wolf do you think would be your choice? The oldest? A middle? The youngest? Or one of those "only" child wolves? And why?