Jaguar Fever and Authors After Dark

By Terry Spear August 12, 2013
My release date was just a few days ago and I want to shout out to the world that Jaguar Fever is hot for you!!! 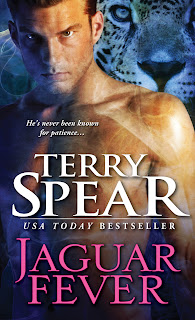 I just turned in Jaguar Hunt, and for readers who love David Patterson, the hero's brother, his story is next.

I'll be going to Authors After Dark soon and that will be my second readers' conference to attend. Don't you think this one is appropriate though? Authors After Dark? As in Jaguar Fever or Savage Hunger....after dark? 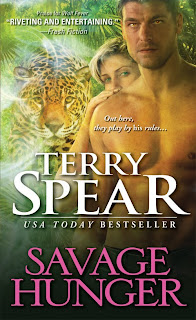 Not that they aren't fun during the day too, and then there's the catnap (every time I read this, it says catnip to me...that can be a riot too) that can be even hotter.

You know, they don't even have to be in the jungle before Maya Anderson is causing trouble. While they're in a jaguar shifter bar, only kind there is because other shifters don't exist, right? Wade Patterson's brother, David, is hit in the head with a bottle. Now here is where it shows that they aren't all just plain old humans...

“Do either of you have anything to stop David’s bleeding?” she asked the Pattersons.
Wade looked down at her dress as if considering that she might be wearing something else she could use. She raised her brows, and he gave her the wickedest grin. Her minidress didn’t have an ounce of extra hem that she could rip off—like the damsels did in the movies.
Wade began to unbutton his shirt. She stared at his fingers moving from one button to the next, waiting to see him open his shirt.
As soon as he tugged it off, she took her fill of his chest—bronzed, nipples puckered, muscles ribbed, and stroke-able, and she promptly forgot why he’d removed his shirt in the first place.
“Bandage for my head,” David said, his tone damned amused as Wade gave her a smug smile and David mirrored his brother’s expression.
“Uh, yeah.” Trying to ignore the way her skin felt flushed with embarrassment, not to mention interest, she took the soft and heated shirt that smelled of Wade, cat, man, and delicious. She wanted to get a closer feel and press it against her nose to take a deeper whiff of its unbidden scent as David got into the backseat of the car. But Wade was watching her. She quickly dismissed that notion.
That was the problem with their wild side as jaguar shifters. Their heightened senses amplified intriguing smells… and bad.
Once she joined David in the backseat, she pressed the shirt against his forehead. Wade closed the door for her, then climbed into the driver’s seat.
David glanced at his brother. “I should have known that before I could remove my shirt, you’d bare your chest to the lady.”

Many things influence the telling of stories. In this case, Star Trek's James T Kirk often removed his shirt to save the day.
And in Galaxy Quest, the commander of the Soaps did the same thing as a spoof on Star Trek. I don't know how many times I've seen movies where the woman, or the man, rips off the hem of her skirt to use as a bandage in an old western.

Newly updated, freshly minted, here we have jaguar shifters with the same idea! Just in case anyone wondered what prompted me to think in these terms. You see...there is method to my brilliance. :) 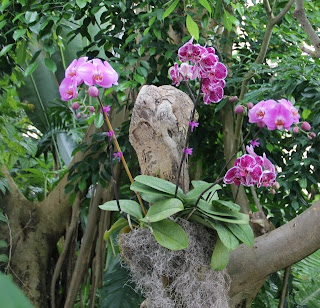 Drawing for one lucky commenter for an autographed copy of  Jaguar Fever on August 21!

Have a lovely day! I'm off to get ready for conference, again!