By Terry Spear June 27, 2013
One of my wolf packs is from Colorado, Silver Town, a makeshift place partly based on the quaint silver mining town of Telluride where I've skied before. For RomCon, I visited Colorado Springs.


I'd wished I'd seen the wolf reserve one hour from there while I was there!

Unfortunately, fires were raging in parts of the area. So I managed to take a picture of the mountains in the morning. By afternoon and evening, the smoke is like a thick fog. Two people have died in the fires so they're treating it as homicide. Over a hundred houses destroyed.

The wildlife and acres of trees are being lost. No one knows if they're being set on purpose or if it's carelessness or an act of nature. It's devastating for everyone no matter the reasons for the fires. 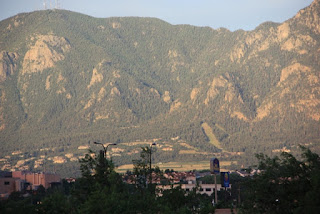 They said the mountains are normally crystal clear, but with the haze of smoke, this is how it looks even in the morning at its best. 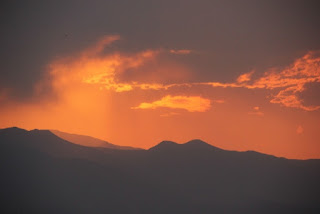 Here are the Colorado City Skies at sunset--I thought the clouds meant rainclouds and maybe they'd get some relief. But they're clouds of smoke. I found it difficult to breathe at night with all the smoke in the hotel rooms and throughout the area. 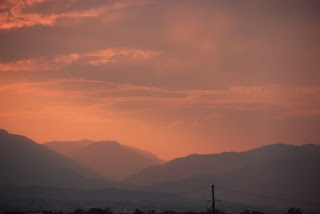 Not only do people lose their homes, but animals living in the wilderness do as well. It's a terrible loss to all. And the air we all breathe is being fouled as well.

I saw this when I was packing up and thought it ironic. Could barely breathe at night it was so smoky.

On the flight back, I'd totally forgotten that night was super to be when the supermoon was visible. But I looked out at the sky and there it was. 9:15 at night over Texas. 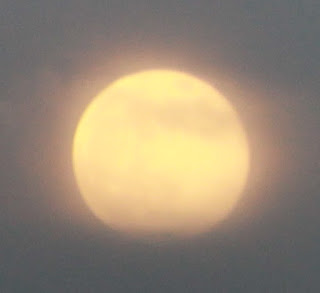 I think the lady across the aisle from me on the plane thought I was nuts, but I had to capture a picture of the supermoon--a full moon that is closest to earth once in about every 14 cycles of the full moon.

August 10, 2014, I need to have my camera ready for the next one, but I doubt I'll catch one in flight like that again! 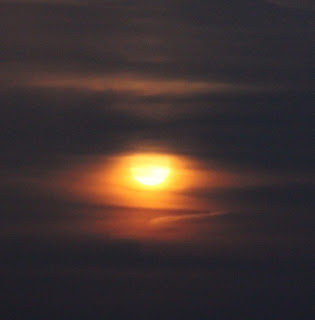 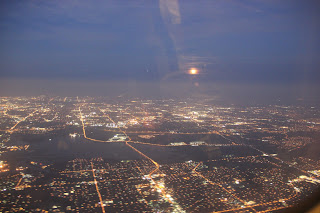 Did you get a chance to see the supermoon on Sunday?