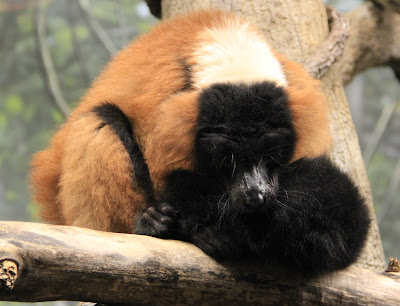 Just...lazy? Want to procrastinate when work needs to be done? I'll think of it tomorrow mentality?

I'll do something about it next week.

And then all of a sudden the time has come and you're like what happened to the time?

Do you have stuff you like to do and so that gets priority over the stuff you don't like to do? Or don't want to do?

Taxes come to mind....every year I say I'll get better organized, and every year it's the same old thing. :) Though I have to admit part of it is that statements don't come in on time like they're supposed to. I did have the urge to do them one day, but didn't have all my statements in.

You know what? That makes us human.

See, the guy in the tree, he can afford to do what he wants because he doesn't have to do anything else.

Procrastination can lead to stress and more problems--so I'm not advocating to do it--hint to self: Get to work on taxes.

But on the other hand, give yourself a break. We are only human. And for Duncan, that means wolfishly human. Does he get sidetracked sometimes. Sure. We all do. Even if you're a hunky hero. 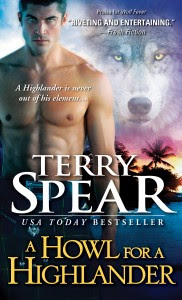 
And if you haven't signed up and want to:
Want to be kept up-to-date on Terry Spear's NEW releases? Just sign up here and you'll receive an update each time a new release comes out!
Subscribe to Terry Spear's New Releases Announcement