By Terry Spear August 16, 2012
Creating books is only part of the process of being an author. Creating fun ways to promote can be another. The other day, one of my fans had a really neat picture of herself with wolves, inspired by me, she said. Thanks, Donna! So off I went to check out the site and low and behold, I sacrificed hours of writing on JAGUAR FEVER, my bad (though I did get 3,000 words written yesterday), but I got hooked on making up a new profile picture for Facebook, and some more for guest blogs for the upcoming book tour.

So here's what I came up with.

Yep, it's my brand. Wolves.

But now I have jaguars too. Sometimes finding the right picture can be a chore, if you're like me and don't have many very nice ones, but I found one that could work for the picture so there you have it! Me in the jungle with one of my big cats. Now, figuring out which one of them it is, will be the really tough part.


I also updated my Facebook cover photo. I didn't have one. Huh? I didn't know we could add one. So I added one that is also my brand. Highlanders! At least as far as showcasing pictures of Scotland goes. So I featured the one that I used for the writing of A Highland Werewolf Wedding. :)

Here is the Blog Tour Schedule for Savage Hunger for end of Sept and all of Oct. A winner will be selected for each blog date and will receive a copy of Savage Hunger, US or Canada addresses.


I have some one no open slots so if you have a review site and want me to join you for a day that is open, just email me and I'll fit you in!

And here is the schedule for more upcoming releases!!!The Highland wolves are taking over! Not a bad thing, really!

In A Howl for a Highlander, Duncan MacNeill is off traipsing around Grand Cayman Island trying to get the clan's stolen funds back. He's a warrior, not a lover, but when he runs into a she-wolf botanist at the airport, the stakes suddenly change. And paradise becomes even more of a hunting ground for the Highland wolf. 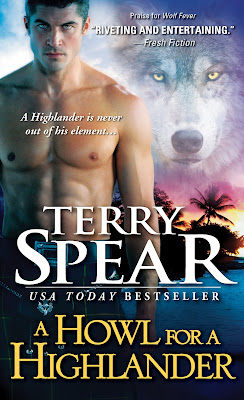 A Howl for a Highlander

In A Highland Werewolf Wedding, we have Cearnach's story. He's the second eldest of the MacNeill quadruplets and has only one intention, seeing his friend marry a wolf he doesn't approve of. Run off the road by an American she-wolf--she can't help that they drive on the wrong side of the road and he's late to a wedding--he's found more trouble than he ever bargained for. 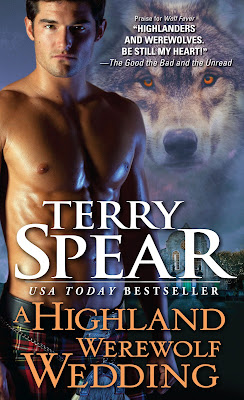 And more jaguar fun!
In Jaguar Fever, Maya learns that she and her brother are not all alone in the world when she gets word they have a couple of cousins. Meeting them at a jaguar shifter club in Houston--who would ever have thought such a place existed?--she learns that the shifter that had followed them in the jungle in Savage Hunger is there--trying to uncover an exotic animal trafficking ring--only he's a bit distracted when he catches Maya in his sights and learns that's she's Connor's sister, not his wife--and available. 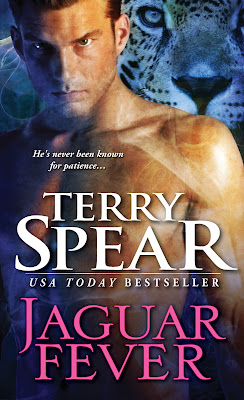 Hero of a Highland Wolf, February 2014

Titles and dates subject to change!

I want to take them all home with me. What about you?