By Terry Spear July 25, 2011
First, I had THE CALL for two YA books. I was thrilled. And I was suddenly a provisional member of the Published Author Network (PAN) with RWA!!!

And then two years after THE CALL, I got a letter that said that the YA line was being closed down, and none of the books were being released, that I could keep the partial advance they'd paid, and that my rights reverted back to me. Ghostly Liaisons was already, and still is, listed on Amazon under my maiden name, Terry Lee Wilde.

But it was never released.

And I was no longer a published author after two years of anticipating that first release, which was one month away from when it was to be released!

Still, I wouldn't give up. If I could get one CALL, I could get another, right? So I kept at it, kept writing, revising and submitting, and getting rejections--many of which said I was close. And you know what that means!

Close, but no cigar. Although I can't imagine anyone wanting a cigar.

And then I got THE CALL that truly changed my publishing status!!!

But I thought it was a telemarketer. I was writing away as usual, and I'd stopped maybe five times that day to answer the phone only to get some telemarketer who wanted to sell me insurance, or check out sales at some store, or whatever.

I didn't hear the first part of what Deb said, so the first thing I asked her was, "Are you trying to sell something?"

I told her I had been inundated with telemarketers, she said let's start over again, and after that--she said she had only read half of HEART OF THE WOLF, but wanted to know was it still available to buy?

But she hadn't read the rest of the story. What if she hated it?

Was the story original? Yes. I love creating new worlds of my own, and had done a lot of research into the world of wolves.

What was the market like out there? At the time, I had read 3 werewolf books while judging contests, but they had everything in them--vampires, fairies, you name it. Or their wolves were strictly like the old werewolf tales and beasts when they shifted. And there were a number of historical werewolf stories on the market.

She said she'd get back with me in a couple of weeks to see if the rest of the book was as good as the 1st half.

I was on pins and needles, still writing, but hopeful that this was it!

Then another CALL. Well, not it yet either. She loved it!!! Wanted to take it to the board and see if they'd buy it. Two weeks, she said.

Two weeks stretched into three because the board didn't meet and I was again on pins and needles figuring okay, they didn't buy it.

Then I got THE CALL! This was it! I sold Heart of the Wolf, and what else did I have???

Not only did Heart of the Wolf get a great review in PW, but it ended up being 1 of 5 mass marketed books that was named Publishers Weekly's BEST BOOKS OF THE YEAR! 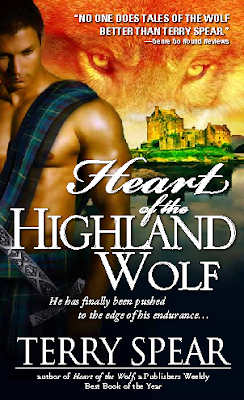 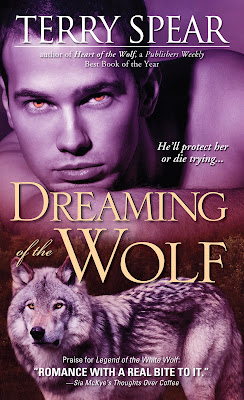 Thanks to Deb, Dominique, Danielle and everyone else at Sourcebooks, the editors and wonderful cover artists who make every book a success!!!

But forever I will remember Deb's call as the telemarketer that wasn't!

Have telemarketer problems??? I don't know why it's allowed, but the politicians who have callers are the worst now. Three of four times a day when they running for office I get calls from people I don't know or care to know about! How can that be allowed??? I certainly wouldn't give them my number to call me, and you know what? For all the harassment, I won't even vote for them. What about you?