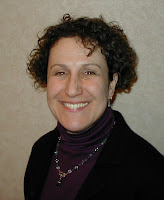 By Deb Werksman
Editorial Manager
Sourcebooks Casablanca
Believe it or not, I have already just about finalized my list for Spring 2012 and I’m preparing to launch!
What does ‘launch’ mean, you’d like to know? This is the exciting, all day meeting when the season’s books are introduced to the Sales, Marketing, PR, and Design departments for the first time. From that point forward, the wheels begin to roll—schedules are set, strategies designed, and a whole slew of people spring into action to work on your book.
There are 2 seasons—Spring and Fall, and in a move I thought was an ingenious manipulation of the space/time continuum, I made August and February scheduled months in both seasons—voila! A year with 14 months in it! (Now, if only I could get a day with 28 hours, or a clone of myself…) So the Spring season runs February to August, and the Fall season August to February. We’re working about 14 months ahead, so I’ve been planning for Spring 2012 since December.
The first thing we do is to map out the season, using a list of projects already acquired, a blank wall, and a stack of sticky notes. With manuscript due dates, a column for each month, and a sticky for each project, we stick stickies! We then rearrange them (this is almost like kindergarten—so happy!) watching for balancing each month vis a vis subgenre (for example, we wouldn’t want all light paranormals in one month, or too many Regencies, etc.), debut books, series continuations and new series launches, etc. We roughly think about spacing an author’s books 6 months apart, or releasing in the same month of the year if the author is doing only one book per year. Christmas books are scheduled accordingly, back-to-back series releases are thought through, and we can see what might be missing or needed on the list.
Once we’ve gotten this far, we then make space for projects by our existing authors that we may not have acquired yet, and we always leave space for any last-minute big projects.
We then take the Map, and start entering data, in anticipation of the series of meetings in which materials are approved for the official launch meeting. During this time, authors may hear from us asking for title ideas, delivery dates, new project pitches, synopses, character descriptions, bios, etc. During this time, planning/scheduling is still fluid, but after launch, there’s a domino effect on other authors when we have to reschedule. This is one reason it’s so important to be realistic in telling your editor when you’re going to turn in your manuscript.
So now, I’m looking forward to FALL  2012!!! Send me your projects:
*single title romance fiction in all subgenres
*90,000 words, please
*a heroine the reader can relate to
*a hero she can fall in love with
*a world gets created
*a hook I can sell with in 2-3 sentences
*a career arc for the author
Full guidelines on www.sourcebooks.com (if you follow the guidelines, you WILL stand out!)