By Sara Humphreys February 26, 2011
Happy February Everyone! I am so very excited about my post today. Book 1 in my Amoveo Series is being released by Sourcebooks on October 4th! Whoo Hooo! I know that the release date is seven months away but my illustrious editor Deb Werksman thought it would still be okay to share the first kiss scene.

Before I share the scene with you, I should probably tell you what the heck this series is all about anyway. Right?

The Amoveo people are an ancient race of shape-shifters who have lived secretly among humans for thousands of years. They are made up of ten different animal clans. Eagle, Lion, Panther, Tiger, Bear, Wolf, Falcon, Fox, Cheetah, Coyote. They are telepathic, dream walking, shape-shifters that are born with a pre-destined soul mate. If an Amoveo does not find their mate by the time they reach the age of 30 they begin to lose their abilities and eventually die. They can only have children with their life mates. They are physically beautiful, incredibly strong and once they are mated have considerably longer life spans than humans. However, the limitations with their breeding patterns, makes their race extremely fragile.

Only two human families know of the Amoveo’s existence; the Caedo family and the Vasullus family. For generations The Caedo family have dedicated their lives to the annihilation of the Amoveo. Like so many others, they are driven by ignorance and fear and have hunted the Amoveo to the brink of extinction. When one Amoveo is killed, their mate eventually dies and any children they would have had are lost. The Vasullus family, however, serve as protectors for the Amoveo.

Book One is set on the misty, summer shores of Rhode Island and follows the evolving courtship of Malcolm Drew of the Eagle Clan and his mate Samantha Logan. Sam is the first of her kind, she’s a hybrid. Her father was Amoveo of the Wolf Clan and her mother was a human with psychic abilities. Her parents were killed in an accident when she was an infant and she was raised by her human grandparents. As a result, Sam was never taught any of the Amoveo ways and her abilities were dormant all of her life...Until she meets Malcolm.

A dream on her 30th birthday inspires her to leave her life as a struggling artisit in NYC and move back home to the beach with her grandmother, Nonie. Shortly after her arrival she meets Nonie's mysterious new neighbor Malcolm Drew. 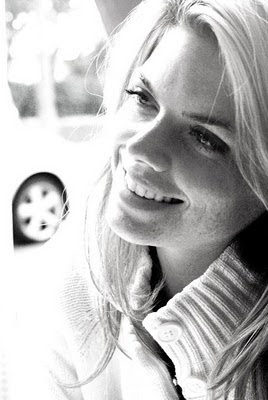 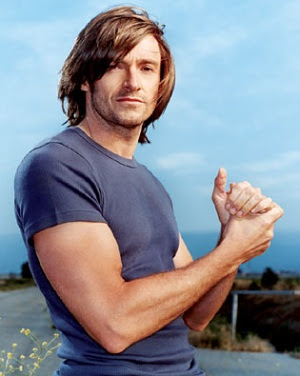 For the mental motion picture version, I cast a young Hugh Jackman as Malcolm.


Samantha is portrayed by one of Hollywood's newest ingenues Kate Taney.

I decided to share Malcolm and Samantha's first almost kiss scene. I hope you enjoy it!


She set out to sketch the very same eagle she’d seen in her dream. She had it soaring high over the ocean with a large pearly moon looming behind it. She smoothed edges and lines with her fingers, massaging the image to life before her eyes. She intensely crafted the curve of the graceful wingspan. With painstaking detail, she carved out the intricate pattern of the feathers. Sam spent a significant amount of time on the piercing eyes, which seemed fixated on her even from the canvas. She was completely entranced, almost possessed by the creation of this portrait.

Finally, after several intense hours, she stopped. Her gaze remained locked on the eyes of the bird. Her breath came in a heavy rush and her heart began to race. She realized that the eyes weren’t quite right. She searched the various bits of chalk and found a bright yellow piece, needing to add this one color. Carefully, she blended the bright yellow hue to the intense eyes. She stepped back to get a fresh perspective at the work before her. “Yes. That is one cool bird,” Sam said under her breath.

“I would have to agree,” Malcolm murmured from the doorway.

Sam practically jumped out of her skin, letting out an undignified yelp. “Jesus Christ. You scared the shit out of me.” She clutched her chest as though she were about to pass out.

“Sorry, I seem to be doing that a lot today.” Malcolm couldn’t seem to take his eyes off the portrait and at the moment she was grateful because in all likelihood she looked like shit.

“What are you doing lurking around my studio, in the dark, Mr. Drew?” She suddenly felt very self-conscious. She realized her hair was a messy bun, falling out all over the place. Her hands were covered in black charcoal and it was probably smudged all over her face. God I must look awful. She pushed sweaty strands of hair off her face with the back of her black-smudged hands. Sam was wishing she had on something other than old khaki shorts and a charcoal smudged tank top. She barely knew this guy, why did she care how she looked? Probably because he was the most attractive man she’d ever met.

“I wasn’t lurking, Ms. Logan. I came over to ask you out on a date.” His smile was sexy. He was definitely trouble.

“A date? Are you serious, you don’t even know me?” She narrowed her eyes. “Besides, how do you even know I’m single?” Sam crossed her arms tightly over her breasts. This insanely handsome stranger was knocking her off balance. A dark cloud passed briefly over his face. He’d looked angry for a moment but it passed as quickly as it had come. Sam shook her head. She must have imagined that. Why would he be angry?

His eyes narrowed and his voice dropped to almost a whisper. “You are single aren’t you?”

Sam straightened her back defensively. The mere memory of Roger was enough to raise her hackles and the last thing she wanted to do was revisit any of her time with him. “Well, yes…I mean I am now—uh recently actually,” she fumbled and rolled her eyes. “I was dating someone but it didn’t last long,” she shrugged.

A small smile curved his perfectly formed lips and he hooked his thumbs into the pockets of his jeans. “I know.”

Sam smiled in spite of herself. “Oh, really?” She shook her head with a soft chuckle and instinctively touched the bit of silver at her neck. She should probably be pissed at his overly confident attitude but that smile of his completely disarmed her. Her eyes flicked down the length of his body. Perfectly formed…everywhere. A slow burn crept up her belly as she imagined what he looked like out of those clothes. She cleared her throat and forced herself to look him in the eye.

Uh oh. That wasn’t any better. Worse in fact. Or better. Shit.

“Davis is something of an informant,” he smiled and those big brown eyes flashed mischievously. “He did let it slip that you just moved here with your grandmother-- alone. You’re alone. I’m alone. So why not check out the nightlife together. Besides, you could show me the hotspots since you grew up around here.”

Sam burst out laughing. “Nightlife? Hot spots? Boy, you aren’t from around here are you?” Shaking her head, she turned and put her charcoals away. “Other than one or two seafood places on the water and the local movie theater, there’s not much nightlife around here. The closest thing would be one of the Indian casinos, but I’m not much of a gambler.” She turned around to find that he had closed the distance between them. Her breath hitched and her throat went dry. She looked up at him, into those yellow-gold eyes and froze.

“I’m not much for gambling myself.” He delicately brushed a stray lock of hair from her face. His eyes stayed locked on hers and he tucked the soft strands gently behind her ear. “However, I do like seafood. Are you game?”

Sam had trouble finding her voice because she could swear he was going to lean down and kiss her. This man she barely knew was about to kiss her. What was worse was that she wanted him to. She couldn’t look away from him and those mesmerizing eyes. They were so familiar to her. Finally, she found her voice and managed to croak out, “Yeah, sure that would be great.”
He leaned in slowly. Sam’s eyes widened. However, to her relief and disappointment, he placed a very warm kiss on her forehead.

“I’ll pick you up at seven o’clock tomorrow night.” Then he walked out as quickly and silently as he’d come in.

Sam absently touched the spot on her forehead where he kissed her and felt the lingering promise of more to come.

***Remember if you leave a comment here on the blog you'll be entered to win some fantastic books from the Casababes! Contest runs through the month of February. Spread the word. **