LAST DAY of the Blog Tour

Hmm, I had written a blog post for today, and it was scheduled, and it disappeared! Just vanished. I wondered why it wasn't posted already today. *sigh*

I wonder where I put it. :) I don't have time to rewrite my brilliant post because I've got to go to work soon so I'll just wing it! It was about being impulsive.

I don't see myself that way--I'm definitely not an impulse buyer. But on the other hand--I've made some major changes in my life that were matters of necessity, that show another side of me. That impulsive side! And here I wonder where my heroines get it from!!!

In part, I'd say I loved adventure--a new place to explore, new things to do. And so I have a chance to go to Scotland to see five castles and though I'll probably have to use more leave than I have accumulated at work, and more money than I have--it's the opportunity of a lifetime. My critique partner is going with two other friends and they're renting a car and driving on the wrong side of the road and seeing 5 castles and I whined that I wanted to go too, expecting her to smile and says she wished I could too. But instead she said I could! I've been through so much stress with moving the library, and all, and jumping into a Highland trip is stressful too. But I'm ready for it! Kind of!

And that's when I realized I might just have a couple of impulsive bones in my body. 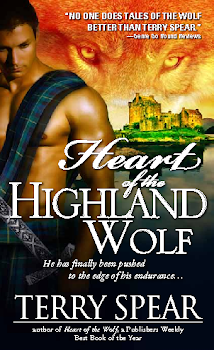 Now, all good heroines must have a good motivation for wanting to be impulsive. Right? So here's my reason--I have a lot of ancestors from Scotland: MacNeill (the commoner), Campbell (the daughter of the Duke of Argyle), Playfair (the famous--craters named on the moon and mars after him, and another was famous for his architecture, another for creating bar and chart graphs--and also known for trying to blackmail a duke...), Hawthorn (although they started out in Ireland, and one was born on the Irish Sea while moving to Scotland)--so lots of Scottish connections! Plus, I'm writing a Scottish historical medieval series and a Highland werewolf urban fantasy romance series...so yes, I have to do research. Although my critique partner is going to check out if Highlanders go commando under their kilts, while I sedately take pictures of all the glorious castles. IF I get to go.

What about you? Are you way more cautious? Have to plan everything out? Or are you impulsive? Want to go to Scotland too? Not sure the Highlanders could handle a bunch of wild Casababes and our fans! :) But my library co-workers all said they'd go and help with my research too. :)

Okay, this little wolf pup is trying to howl, but he's not able to yet. :) 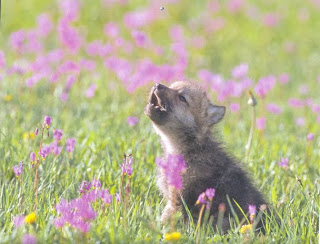 I'm here for my 2nd to last day of the blog tour at A Journey of Books!

And I'm at Night Owl Romance for my last day of the tour talking about Creating Fantasy from Reality!!

Do I have any fans from Australia? On my blog tour, the book shipments are limited to Canada or the US because it's so expensive to ship. And with Australia being down under...it's the highest, I'm sure. I had sold Celtic Clan bears to two different families in Australia and the shipping was almost the price of the bear. I LOVE the Aussie accents, and I love watching programs that show visits to Australia. So if I have enough of a response--at least 10 comments from Australians who are interested in an autographed book on any of the sites I've posted, I'll ship the winner a book of choice. :)

A super review from Books 4 Moms!!

And some of my books ended up in the Wormy Hole! Thanks to Beverly for trying out my books!

I'm off to a day of work. If anyone finds my original post, please let me know, all right? I think it's the move. I kept thinking Monday was Friday because I had to go into work on both Sat and Sun. The weekend won't come soon enough!!!