Summer Is In The Eye Of The Beholder

Shall I compare thee to a summer’s day? Thou art more lovely and more temperate – William Shakespeare

Hmm. I'm not quite sure the bard was a fan of summer considering that quote.

I was surprised when the subject of summer pursuits came up in my critique group the other day. Well, not surprised by the topic, since I brought it up, knowing I needed to write a “summer” themed blog soon. No, I was surprised by the range of emotions this particular season seemed to evoke amongst our members. So I thought I’d share some of those thoughts with you today.

For starters, Heather Boyd lives in Australia. So for her, summertime activities include drinking ginger beer and celebrating Christmas. I have to give her credit, that was not the sort of summer fun I was expecting to hear. But as realtors always say – Location, location, location. Her best summer memory is something I don’t imagine I’ll ever get the opportunity to see. Her parents were driving across Australia and she’d fallen asleep. Heather said, “I woke up at sunset to find kangaroos keeping pace with the car.” That just sounds magical to me.

Stateside, however, the excitement for the season was embraced by some, but not by all.

Julie Johnstone loves lazy swims in the ocean and searching for seashells on the beach. She said, “Summer is my favorite season because life slows down and I don’t feel rushed to do anything.” 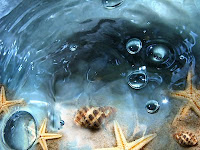 The idea of lazy swims in the ocean gave me heart palpitations, however. For me there’s nothing lazy about swimming in the ocean, it’s more of a panicked rush back to the shore. I always think I’m fine and then an image of Spielberg’s Jaws flashes in my mind and I can’t get back to land soon enough before I hyperventilate.

Erin Kelly says she lives for summer. “We live on the lake, and every day we swim with the dogs, go wake boarding or wake surfing, putter around on the pontoon, or simply relax on the dock and tend to my container veggie garden.”

I don’t know if I’m coordinated enough for the wake surfing, but she makes the rest of it sound nice. Then again, I can usually be talked into trying something once. 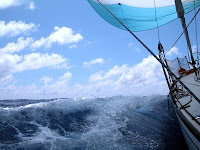 Melissa Dawn Harte loves the relaxing and lazy days of summer so much she never wants it to end. While drinking a large pink lemonade, she vowed, “Someday I plan to retire to the coast and buy a sailboat.” She is always the adventuress.
Still, I don't know if that's the life for me. I like the coast, don't get me wrong, but I think I when it's time for me to retire, I'll want to be pampered 24/7. 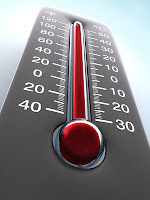 Catherine Gayle’s rant on the season had me in stitches. “I hate summer. I hate summer with a passion. I hate it because summer is miserably hot and humid in Texas, and all I want to do is go to Antarctica or North Pole, Alaska to cool off for a minute. I hate it because the sun comes up so much earlier than I want to get out of bed, but my cats have decided that sunrise also means it is time for them to be fed. I hate it because I have extremely fair skin that burns at the drop of a hat, and so I have to not only slather on SPF 1,000,000 sunscreen all the time, but stay covered up with as much clothing as I can bear--which isn't much, since it is hotter than Hades.” She also said her favorite summer pastime was standing in a walk-in refrigerator.

For a more traditional and perhaps more nostalgic sentiment, Jerrica Knight-Catania says she remembers “catching fireflies at dusk when I was little". 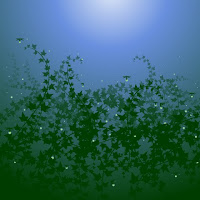 I am sure she has plans to share that activity with her little princess as soon as she’s old enough. I know I enjoyed doing so with my son when he was younger. What is it about fireflies that make them fun? As a rule, I hate bugs; but there's something magical about fireflies (or lightning bugs depending on where you live and what you call them.)

So, I’ll pose to you a question I asked my critique partners. What is your favorite summertime memory? Or if summer isn't your thing, how do you plan to escape it?