"Harte has created a rich world, populated by a couple with tangible chemistry and a supporting cast who help their relationship develop in unexpectedly charming ways... this is a strong series start that will have fans of mega-alphas eager for more. " - Publishers Weekly 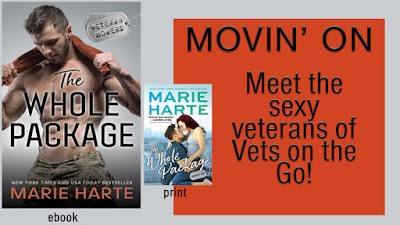 Always the caretaker, former Marine Reid Griffith wants to help his brother adjust to civilian life…and help other former servicemen. What better way to utilize their brawn, discipline, and charm than a moving company that hires veterans? But although Reid prides himself on being strategic, he certainly doesn’t plan to fall in the spotlight of one brilliant—and beautiful—PR whiz…

PR expert Naomi Starr is determined to bring Vets on the Go! into the spotlight. But when she meets Reid, it might mean breaking her rule to never mix business with pleasure. Especially once she discovers that underneath Reid’s sexy rough-and-tumble exterior is a vulnerable man who just might need what she’s got to give.

The knock at Naomi’s door startled her. Nine on a Saturday night? She glanced down at herself in yoga pants and a red tank top sans a bra. Not exactly dressed for company. She threw on a zippered hoodie over her top and glanced through the peephole before opening the door wide.

The cat darted by her and nearly tripped Reid in the process.

“Reid?” She stood back to let him in and gaped at his bruised and bloodied face and ripped T-shirt. “What happened to you?”

“I’m really sorry to barge in on you like this. Would you mind giving me a ride ho—”

“To the hospital? Sure. Let me grab my keys.”

She took hold of his arm and dragged him down the hall to her master bathroom. She pushed him not so gently onto the toilet. “You sit there. I’ll fix you up while you tell me exactly what happened.”

“Idiot.” She grabbed a washcloth and gently wiped the blood from his right eyebrow. It wouldn’t stop bleeding, and she started to panic.

“It’s okay. Head wounds have a tendency to bleed a lot.” He took the washcloth from her and pressed it to his brow.

“You have a bruise on your cheekbone and your shirt… It’s done, I think.” She helped him lift it over his head and tossed it into the trash. “Talk, Griffith,” she ordered as she dabbed a tissue with some antiseptic.

The rest of him appeared fine, but for a bit of bruising on his ribs. And then there were his knuckles, which had taken some knocks.

“Visits with Mom can be…stressful.”

She didn’t comment. She felt like eating tubs of ice cream after talking to her family, so she could relate.

“Cash went out, but I had work to do after our visit. When I finally got home, I was too tired to go to sleep, if you can believe that. I decided to go for a run.”

He chuckled. Fortunately, his gorgeous mouth hadn’t been injured, though he groaned and clutched his ribs. “I live in Phinney Ridge. You’re not very far from me or my office.”

“Oh.” Phinney Ridge was a nice area—then it clicked. Chris Jennings had mentioned renting a place to Reid. “That’s a great neighborhood.”

“I know. We’re renting from a friend of mine who gave us a deal.” He assessed her with a shrewd glance. “Chris Jennings owns the house.”

“I know. He mentioned it at coffee earlier today.”

“Yeah. He’s got a girlfriend, you know.”

He shrugged, carefully. “So if you’re angling for a date, you might want to try elsewhere. Teresa doesn’t share.”

“You’re an ass, you know that?” She wiped his knuckles a little too hard.

“Baby. Now are you going to finish your story? Or do I have to get mean?”

She made the mistake of looking down… 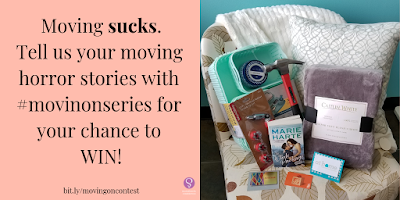 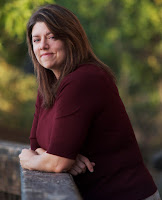