Every Deep Desire & the History of the Fianna: Part 1 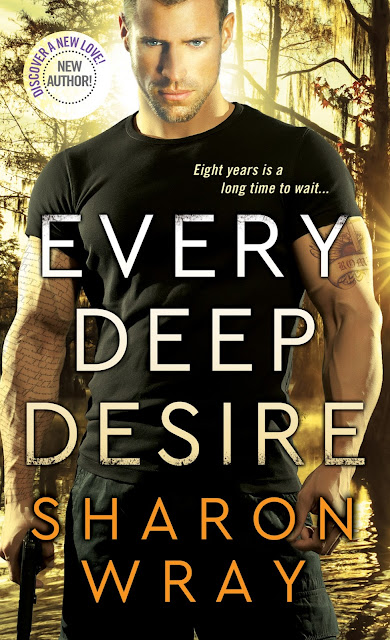 This team of ex-Special Forces soldiers, accused of vicious war crimes, is determined to prove their innocence and desperate to find the enemies who want to destroy them. Before time runs out and their enemies attack again.
One of these enemies is a private army of brutal assassins known as the Fianna led by a man called the Prince. Rafe Montfort, the hero of Every Deep Desire was once a Green Beret who left his unit to work for the Prince, and has returned to Savannah, GA to protect his wife and his men he left behind. The problem is the Fianna have never let a man go and they're not about to start now.

As the story unfolds Rafe's wife Juliet, and his men, learn who and what the Fianna are, and today I'd like to introduce you to the real Fianna of Pagan Ireland that was the basis for my fictional army.

Since there's more history than one blog post can cover, this is Part 1 of the tale and I'll conclude the post next month. :)


The original Fianna army was made up of small bands of warriors in Ireland, led by Fionn mac Cumhaill (a semi-fictional character who may be a composite of early Irish warrior Kings), and made famous in the Fenian Cycle of Poetry (the first of the four Irish mythical cycles of poetry).

The Fianna and their legendary exploits were based on earlier folk tales of lawless young men and women who lived on the edges of society, often second and third sons and daughters of noblemen. These young people, incited by Druid priests, took up arms to fight the first Roman Invaders.

There are a few primary sources discussing these bands of soldiers that date from the 1st century Roman period through the 17th century. Many of these sources are discussed in Geoffrey Keating's History of Ireland published in 1634. There is also a Roman soldier's diary account about a group of Irish warriors who spoke only words found in the books of ancient Gaelic poetry, fought naked, and were so vicious they supposedly drank the blood of their dead.

There are also references to Fianna warriors in monastic manuscripts from the 5th -12th centuries, written in old Irish (Gaelic), and found in a monastery on the Isle of Iona along with the Book of Kildare (a precursor to the Book of Kells).

So who were the Fianna and why were they so admired and feared?

According to legend, in order to join the Fianna, the naked recruits were put through horrendous physical tests such as gauntlets and being buried up to the shoulders with one arm free where they'd have to fight off twelve attackers at once. Or the buried man would hold a shield while nine warriors threw spears at him. If wounded, he failed. Sometimes failure meant death.

Another story states that a recruit's long hair would be braided and he'd be hunted through the woods. If at the end of the hunt he cracked any branches or a single hair was out of its braid, he failed. Then he'd have to leap over a branch as high as his chin, pass under one lower than his knee, and pull a thorn out of his foot while running without slowing down. But the biggest test was intellectual. Every warrior had to be a trained poet and would be able to speak only in verse in Gaelic and Latin.

The Fianna are immortalized in Irish myths, poems, and English histories up through the 17th century. There are even stories written about knights who fought in the Crusades of 1101 AD who wore the wolf sigil of Fionn mac Cumhaill. Some historians argue that these Fianna knights fought for the favor of St. Brigid of Kildare. These knights were the first of the Fianna to become Christians.

This story has led historians to wonder if these Fianna Knights helped usher in the age of Chivalry since St. Brigid gave storytellers the original source material for Guinevere (of the King Arthur tales) and the concept of chivalry. Fianna stories show up in some of the earliest King Arthur Legends, and I even found a reference to a story about the Fianna fighting with the Spartans in Greece.

So what does this have to do with Rafe Montfort in Every Deep Desire? Rafe is a 21st century Fianna warrior who trained naked in winter and suffered the gauntlet of eighty men for the sole purpose of protecting his wife. These warriors also speak in verse. Except in this world, the men speak in Shakesperean English instead of Irish Poetry. I guess someone decided that would be easier. :)

Part 2, next month, will be all about the Fianna in the American Civil War. Fiction or nonfiction? It's hard to tell which makes the Fianna stories both exciting and unnerving!