Love is the Antidote by Abbie Roads 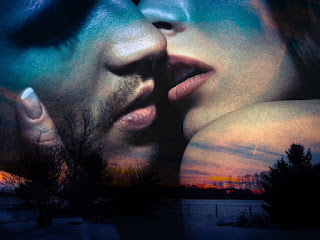 When the son of a serial killer falls for his father’s only surviving victim...

The first thing Mercy became aware of was her facing throbbing a low level beat. Her bones ached and her muscles felt too heavy to move. Her side burned with every inhale and exhale. Her stomach felt oddly distended and empty at the same time.

And she was going to milk it for all it was worth.

She finally had a viable excuse to stay in her room, avoid group, and cancel her session with Dr. Payne. The flu. She’d tell everyone she had the flu. Couldn’t be too far from the truth. It wasn’t like she was faking how bad her body felt. She would spend the entire day lying here, eyes closed pretending to sleep, and luxuriating the rare bit of isolation.

“Are you awake?” A masculine voice whispered.

Her heart slammed against her spine, her muscles leaped. She gasped a sound of undiluted shock and wrenched her eyes open.

His hair was the color of dark caramel and cut just long enough to be swept messily the side. His features were angular and hard and so damned masculine it almost hurt to look at him. His eyes were the color of a changing sky—light in the center of the iris like a cloudless summer day and dark like a winter’s night toward the outer edge.

She knew him. Recognition stabbed her in the neck—in the scar she bore across her throat. The echo of that past pain stole her breath. She grabbed her throat, hand pressing over the cold scar. Her heart turned into a battering ram and beat against the bars of her ribs.

She went from lying on the bed to fully upright and ready to run.

“You.” The word was an accusation, a condemnation, a judgment, scraping its way up her throat and out her lips. She wasn’t going to show him an ounce of fear. He’d swallowed her fear twenty years ago and enjoyed the flavor.

He blinked a long lazy closing of his eyes and when he reopened them, the light in his gaze had been swallowed by the dark. “I’m not him.” He spoke with just as much conviction as her allegation had contained.

His words turtle-crawled from her ears to her brain, their meaning finally firing along her synapse and she understood.

Her body unclenched and she relaxed against the headboard with an exaggerated sigh. As the initial in-your-face shock wore off, she could actually see him. See the humanity in his features. Something his father would never possess. And if he’d intended her harm, she would have felt the energy of his foul intentions.

“I know you.” Her voice was softer and held a bit of wonder in its palm.

“I’m not him.” He repeated the sentence, nothing in his tone changing, but she saw something in his eyes—through his eyes. Sadness. Resolve. And just a hint of fear. That was her undoing. That he could be scared of her—wow.

He held her gaze for moment, then shoved his hands in his jeans pockets and looked down at the floor.

Silence stretched between them.

For years she’d imagined what it would be like to have a conversation with him. Even from her first glimpse of him as a child on the TV, she’d recognized something in his eyes. Her eyes had that same scarred look. The look of having experienced something so painful it marked more than their bodies—it left gaping wounds on their souls. There was an unspoken solidarity in their shared pain.

But in all her fantasies of connecting with the only other person who knew first hand the evils of Killion, she’d never once thought there’d be this much silence.

Obviously, it was going to be up to her to make the first move.

“You know—” She cleared her throat, trying to go for a friendly tone. “—over the years I had thought about finding you. It always seemed like we had a bad bond of sorts. I just never did it because I didn’t know how you’d react.”

He raised his gaze to meet hers, the hard angles of his face easing just a bit.

That got his attention.

He looked at the scar on her neck while he spoke. “I’d thought about the same thing.” His words were spoken with a tentative quality, as if he worried about her response. “But I always wondered if I would remind you of…” He didn’t say the name.

“You look similar to him on the surface, but I see beyond the surface to you.”  She emphasized the word you. Wanted him to understand she didn’t equate him with his father. “You also look different to me somehow. Maybe it’s your eyes. Maybe it’s how you look at me. So different than he did.” She held her hand out to him. “Nice to meet you Cain. I’m Mercy.”

One second. Two. Three. Four. Five—finally he stepped toward her and grasped her hand in his. His grip was firm and dry, his skin rough and wonderful, his touch magnetic and hypnotizing. She got lost in the sensation of total connection. Of there being no boundaries between them, almost as if their skin muscle and bones had melded together into one—

He yanked his hand away from her so suddenly, hers was left out there in midair still holding the shadow of where his had once been. Something was wrong. She just didn’t know him well enough to understand.

He aimed his eyes toward the floor again. “You’ve been pretty sick. You went through the vomit stage. The fever stage. The drunk flirty stage was my personal favorite.” A smile almost grabbed a hold of his lips, but missed. “The crying stage.” He sucked in a breath and spoke while he exhaled. “The scared of me stage.”

The way he said those last words made him sound more like a little boy trying to be brave, rather than the six feet of hard muscled male—who also happened to resemble a serial killer. His tone made her want to reach out to him and offer comfort, but he was so skittish with her that she didn’t dare. 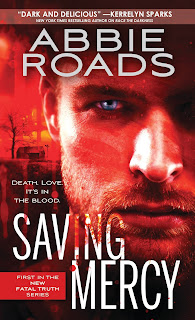