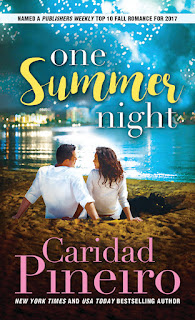 Nothing about the night had gone quite the way Maggie had pictured it.


Not Connie and Jonathan. Or how all of them had gotten along like a group of long-time friends, maybe because they were friends on some level, considering how many years they’d all known each other. Or how she and Owen were now strolling along the sand at the water’s edge, hand in hand. Silent. Tucked close to ward off the unseasonable chill of the night, their hips and shoulders brushing together as they moved. His presence was comforting, the night peaceful with no need to fill the silence.

After a few minutes and a sharper gust of wind that bit into them with a chill made worse by the damp fog blanketing the shoreline, Owen led them back up toward the dunes that provided some protection from the breeze and from prying eyes. He spread out the blanket and sat. Urged her to rest between his outstretched legs, her back to his chest to protect her from what was left of the wind. He wrapped his arms around her and tucked his face against her cheek, creating delicious warmth from the contact.

They were virtually alone, with only the muted shadows of a few distant beachgoers far down the beach at the water’s edge.

Long moments passed until he said, “You know what they expect us to be doing, don’t you?”
She peered at him from the corner of her eye. His features were neutral, giving away nothing of what he was thinking.

“I do,” she said, but then plunged onward. “So do we do what they expect because they’re expecting it?”

“In which case are we doing it because of that expectation, or do we really want to do it?” he finished for her, so in sync with her thoughts that it was almost downright scary.

She turned in his arms because she wanted to see every aspect of his face for this discussion. Possibly a mistake. The kiss of moonlight made his hair seem almost impossibly black and brightened the shards of silver in his amazing eyes. The ephemeral light cast shadows on his features but chiseled the sharp edges of that very masculine and handsome face. Gilded the strong line of his lips, so irresistible. She ran her index finger across his upper lip and then down to the spot where she knew that damn irresistible dimple lurked.

Meeting his gaze, she saw how his pupils had dilated with her caress and were now pools of a gunmetal hue. “Do you want to do it?”

He cupped her jaw and skimmed his thumb across the ridge of her cheekbone. “What do you think?”
If he had asked her last night or even earlier that night, before his toast, the answer would have been a resounding yes.

Now, she wasn’t so sure it made sense, although she had no doubts that she wanted him physically. All the signs were there as he scraped his thumb across her cheek again. The little twist of desire between her legs. The heat racing across her body and the tightening of her nipples beneath the sexy lace bra she’d worn in anticipation of tonight. But wanting more than that?

“I think we both want…” she began but faltered.

“I want to touch you. Kiss you. I thought about it a lot since last night and this morning, but I think we need to take it slow, Mags,” he said.

“Slow is always good,” she kidded, although she knew where he was going, and she was actually surprisingly on board with it.

He grinned, and that enticing dimple emerged, prompting her to lean forward and drop a kiss there before shifting to lightly brush her lips all along the edges of his.

She chuckled and repeated what he’d said to her that morning, which now seemed like ages ago. “If you can’t tell, I must not be doing it right.”

He barked out a laugh so loud, she feared the others up on the lawn might hear. She covered his mouth with her hand and felt his smile there. Saw his amusement in the silvery glitter alive in his gaze.

“You always surprise me, Mags,” he whispered. “Maybe because we don’t know each other well enough yet to take this to the next step.”

One dark eyebrow quirked upward. “Which is?”

She rolled her eyes and gave a rueful shake of her head. “I don’t think I need to spell it out for you, Owen.”

“S-e-x,” he spelled out, and disappointment slammed into her because deep down, in some part of her, she’d been hoping it would be more than s-e-x. More like l-o-v-e. But maybe s-e-x was a first step to more. To the happily ever after that Tracy was always chasing, Connie didn’t have time for, and Emma just didn’t believe in. She was like none of her friends that way. She’d always thought it would happen if the right man came along. But for lots of reasons, she wasn’t sure Owen was Mr. Right.

He must have sensed the change in her mood. He stroked his thumb across her cheek again, his touch both reassuring and sensual.

“Let’s get to know each other better, Mags,” he said, and before she could agree, his lips were on hers again, coaxing a response. Gentle but demanding. Exploring the edges of her lips with quick little kisses and her bottom lip with a sexy nip that he soothed with his tongue.

She huffed out a breath as her nipples tightened even more, and deep in her center, that intimate bite had her insides pulsing with need.

“Owen,” she whispered and dug her hands into his thick hair, urging him close.