Hot Days, a Hot Read, and a Hot Sale by Abbie Roads 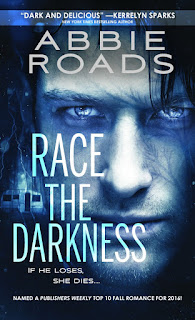 It's been sweltering hot here in Central Ohio. And of course what better time for our air conditioner to start acting up than right now! The good news is that it's still blowing cold air. The bad news is that it's leaking water all over the basement. The even worse news is that it's thirty years old and has to be replaced rather than repaired.
In other news, I've been hard at work on my next novel which is set in winter. It's strange writing about snow and cold when it's in the 90's with high humidity here. Which reminds me of my novel RACE THE DARKNESS. This book is set at this exact time of year--the weeks leading up to July 4th!
And guess what? Guess what? Guess what?

And to wet your appetite, here's the first two chapters for your reading enjoyment!

Individuals with Auditory Perception Syndrome claim to hear more than sound. They allegedly possess the ability to hear thoughts. These assertions have never been scientifically proven and should be treated as an auditory hallucination.
~~Dr. M. J. Franklin, The Journal of Sound and Mind 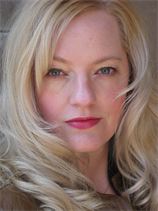 Abbie Roads writes dark emotional novels featuring damaged characters, but always gives her hero and heroine a happy ending... After torturing them for three hundred plus pages.
Be sure to follow her website for her twice weekly blog Author on the Couch, where she uses her mental health counselor skills to get the story behind the storyteller.
For secret excerpts and special giveaways, be sure to subscribe to her Newsletter.
You can find Abbie on her Facebook Page and in her Dangerously Dark Darlings Facebook Group where she loves to do surprise giveaways.
And don't forget to find her on Twitter!