Under Her Skin by Adriana Anders out on Audio today! 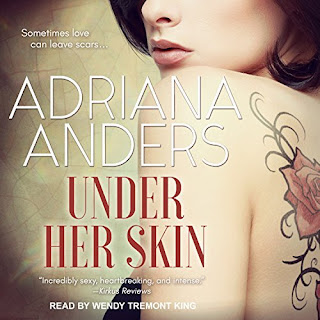 I'm super excited to announce that the Audiobook for Under Her Skin, featuring the dulcet tones of Wendy Tremont King is finally out from Tantor Audio! (And check out this hot, new cover!)

Title: Under Her Skin

This gentle giant's scarred hands may be the warmest touch she'll ever know.
...if only life were a fairy tale where Beauty got to keep her Beast
Ivan thought the world was through giving him second chances.
Hell, who was he kidding—he wasn't good enough for them anyway. And he certainly wasn't good enough for her.
But the moment Uma walked into his life, Ivan knew he had to put all that crap aside and do everything he could to help. She was like nothing he'd ever known. Beautiful, lost, alone, she had the kind of sad eyes that were just begging for someone to save her...
...and despite his rough exterior, despite the nasty rumors, despite all the bad decisions following him around like the strays he couldn't help but rescue, Ivan was nothing but willing to be the kind of man she needed.
Yeah, he'd thought the world was through giving him second chances.
Until she came into his life. Until she changed everything.
Until he realized he would do anything, fight anyone, tear the world apart if it only meant saving her. 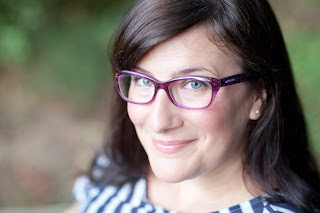 ADRIANA ANDERS has acted and sung, slung cocktails and corrected copy. She’s worked for start-ups, multinationals and small nonprofits, but it wasn’t until she returned to her first love—writing romance—that she finally felt like she’d come home. Today, she resides with her tall French husband, two small children and fat French cat in the foothills of the Blue Ridge Mountains, where she writes the dark, gritty, emotional love stories of her heart.
www.adrianaanders.comFacebook/adrianaandersauthorTwitter/adrianasboudoir
GoodreadsInstagram/adriana.anders