Writing for charity
As writers we have a golden opportunity to share our feelings, hopes, or awareness without preaching, making our message palatable to a much wider audience. Moreover, we have the chance to change our world. For instance…
Tug of Attraction, Book 2 in The Love Spells Gone Wrong series released Sept 28th, 2015.  A portion of the proceeds go to the Endometriosis Foundation to benefit research re: this not uncommon, but rarely addressed disease. http://www.endofound.org/
My heroine Brigit has endo, so this isn't your typical romance! (Sex can be painful for a woman with endo.) Buy links: http://www.books2read.com/tugofattraction 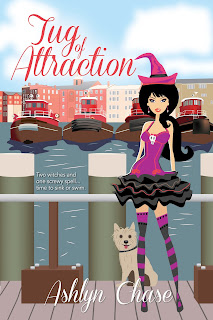 Isn't the cover adorable? I'm proud to say it won the Maple Leaf award, and even though I didn't make it, I made the artist who made it! My dear daughter is the award winning artist!

Failed actress Brigit Love moved back to New Hampshire from Hollywood with one goal: to have a child. So far her only babies are furry and live at the animal shelter where she works. Brigit isn’t willing to marry to get what she wants, so doing things in “the correct order” may not be possible. Even her Wiccan spells don’t seem to be working. Until she comes up with an outrageous idea that just might do the trick.

Handsome tugboat captain Ethan Cox loves his life as a happy bachelor and his only goal is to keep things exactly the way they are. No wonder his coven friend Brigit thinks he’d be the perfect guy to plant the seed and walk away whistling, especially with an iron clad contract protecting his interests.
Ethan truly wants to help Brigit, but the contract she draws up stating he must give up all rights and responsibilities leaves him with a sinking feeling. Will he lose Brigit’s friendship and make coven rituals awkward if he refuses—or lose even more if he doesn’t?

The Cupcake Coven (Book 1 in the Love Spells Gone Wrong series) is getting great reviews! It even garnered a reviewer’s choice award! Read on:
“The Cupcake Coven by Ashlyn Chase has the perfect blend of humor and romance that kept me turning the pages... Ms. Chase brings me a great story set in New England that I didn’t want to end. I hope to hear more about this great town and those that live there in the future. I fell in love with everyone in this book. Five shooting stars and a Reviewers Choice award.”
—Redz, Redz World 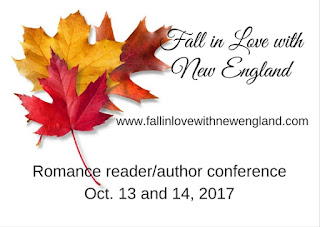 
Meet me in New Hampshire next autumn! I’m telling you about it well in advance, because the first 30 readers to register get a great free gift at the conference! Read about some of the fun and prizes we have planned for you and register here: http://www.fallinlovewithnewengland.com