Linda Broday: How Thanksgiving Was Born

The pumpkins have lost their toothy grins and scary faces. It’s time to get on to the next holiday—Thanksgiving.

But do you know how the holiday came to be? I doubt few people do.

So here’s some Facts:

Although President George Washington set a day aside to give thanks and prayers, it wasn’t made official and the leaders who came after him nixed the idea due to their interpretation of the separation of church and state. 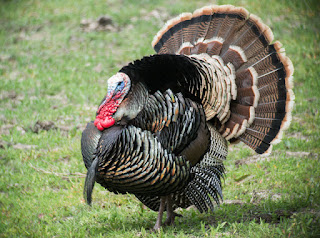 In 1846, Sarah Hale who was the editor of Godey’s Lady’s Book, began a letter-writing campaign in favor of making the last Thursday in November National Thanksgiving Day. The idea gained favor and President Abraham Lincoln issued a proclamation making it happen.

However, following presidents changed the day to various ones they favored. Can you imagine the confusion that led to? It was pretty bad.

It wasn’t until 1941 that legislation was introduced in Congress to firmly establish the fourth Thursday of November as Thanksgiving Day and it was finally made a national holiday. Thank goodness, this settled the issue once and for all.

On the American Frontier, the Thanksgiving meal consisted of whatever game was killed with whatever vegetables were stored in the root cellar. There may or may not have been a dessert, but if there was, it usually was in the form of a pie or puddings of some sort.

Here’s a recipe for a Thanksgiving Pudding:

Whatever you have on your Thanksgiving table, I pray that joy fills your heart and makes you remember with gratitude that we’re never so bad off that we can’t be worse. Think of the lonely men and women serving our country so far from home. Think of the homeless who have nothing. And lastly, think of the animals in the shelters and especially those out in the cold with no place to go.

I wish you all a very blessed Thanksgiving!