Everything You Need to Know About HUNT THE DAWN 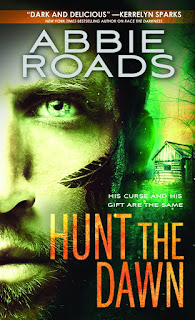 Book 2 of my Fatal Dreams, HUNT THE DAWN, will be out in just under a week! I'm so excited for the world to meet Lathan and Evanee.

About Lathan...
Tattooed: Check!
Rides a Motorcycle: Check!
Tortured by his ability: Check!
Painful past: Check!
Hearing Impaired: Check!
Hunting a serial killer: Check!
Melts into a puddle of goo around the heroine: Check!

Here's a bit more about the book...

Out of darkness and danger

You can't hide your secrets from Lathan Montgomery-he can read your darkest memories. And while his special abilities are invaluable in the FBI's hunt for a serial killer, he has no way to avoid the pain that brings him. Until he is drawn to courageous, down-on-her-luck Evanee Brown and finds himself able to offer her something he's never offered another human being: himself.

Dawns a unique and powerful love

Nightmares are nothing new to Evanee Brown. But once she meets Lathan, they plummet into the realm of the macabre. Murder victims are reaching from beyond the grave to give Evanee evidence that could help Lathan bring a terrifying killer to justice. Together, they could forge an indomitable partnership to thwart violence, abuse, and death-if they survive the forces that seek to tear them apart. 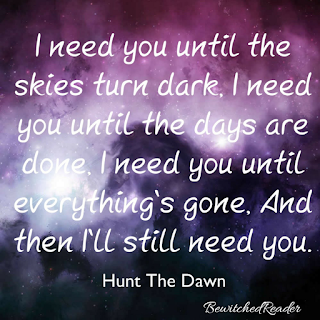 Her eyelids fluttered. Opened.
“How are you feeling?” That question was more appropriate than interrogating her on how she came into possession of a human eyeball. He’d wait until she was fully conscious before tripping down that trail.
“Cold. So cold.” Goose bumps pimpled over her bare skin. She scooted toward where he sat on the edge of the bed, wrapping herself around his hips, seeking his body’s warmth.
He should get the heavy sleeping bag from the closet. He should cover her with it and leave the room. He should, he should, he should. He didn’t. He pulled off his boots and eased into the bed. She latched onto him before he fully reclined.
She molded herself to him. His shoulder her pillow, her arm around his middle, one of her legs draped over his thighs, her knee just a few miniscule inches from his groin. Everything vanished, except the vivid sensation of her feminine curves burrowing into him, seeking his safety, his comfort, his warmth. She was cool where he was on fire. She was soft where he couldn’t bend. She was sweet where he felt bitter.
She fit into his arms, against his body, and into his soul like she was designed especially for him. He wanted to believe he could have a happy ending with her, but his reality was a cruel, hard place where good things just didn’t happen. Or if they did, they never lasted. 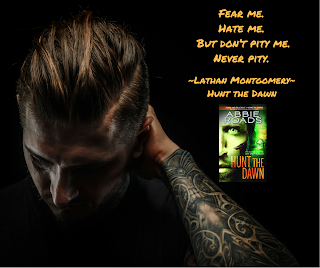 "Roads' second book in her Fatal Dreams series is a dark and intense romance that pulls no punches and offers plenty of mind-bending twists. Fans of Feehan's Ghostwalker series will want to give this series a try as there is a similar feel between the two series.There are some interesting and original paranormal/supernatural elements here.The characters are well developed and the villain earns a top-notch creepy award. Roads brings the suspense, the action, the heat and also scary psychological twists. This is a read that you might want to leave the light on for!"
~RT Book Reviews

"This book is the perfect combination of the darkest of humankind with a romantic touch. And when you thought that Race The Darkness was already shocking in some ways then think again – because this one tops it all!"
~Vi, Goodreads Review

"If you enjoy dark paranormal reads, I highly recommend this one. I've enjoyed both books in this series, and I can't wait to see what the author comes up with next."
~Harlequin Junkie Top Pick 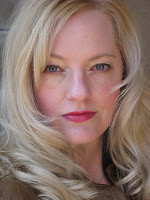 Abbie Roads writes dark emotional novels featuring damaged characters, but always gives her hero and heroine a happy ending... after torturing them for three hundred pages. Her debut novel RACE THE DARKNESS was a Publishers Weekly Top 10 Pick for Fall. You can find Abbie here: Website, Facebook, Twitter. Be sure to join her Newsletter to receive exclusive content and secret giveaways.