Six Degrees of Separation with the Donnigans! 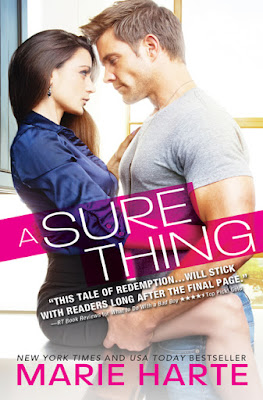 I am working on edits for Just the Thing, the second in my Donnigans series. I had planned to write about the Donnigans five years ago, when I first finished The Troublemaker Next Door, the first in my McCauley Brothers books. Of course, back then I’d titled it A Flair For Flynn. And the first Donnigans book would have starred Hope Donnigan. Fast forward several years and Hope is the very last Donnigan (not counting their younger brother Theo) to get her story.

But as all good things come to a close, they must also start with a strong beginning. And who stronger than Landon Donnigan to kick off the series? He's a former Marine major medically retired due to a bullet to the knee.

Landon is strong, confident, and feels a vast sense of responsibility for his family. I just loved how he and Ava strike sparks off each other. If Ava sounds familiar to any of you, it’s because Dr. Ava Rosenthal helped Beth and James McCauley get through a rough patch in their marriage (in Ruining Mr. Perfect). I had so much fun bringing back characters from that series to play in this new one.

It’s like six degrees of separation with a McCauley!

For more about Landon and Ava, check out A SURE THING, which releases November 1st!

Meet the Donnigans
With the eldest Donnigan brothers adjusting to civilian life, their younger sister constantly in trouble, and their little brother clueless about life in general, falling in love is the last thing on anyone's mind...

Can this Bossy Badass Marine...
The Marine Corps was everything Landon Donnigan ever wanted in life...until a bullet sent him home with a medical discharge. Teaching a self-defense class at the gym is old-hat for a Marine, but when he meets sexy Ava Rosenthal, his combat skills are useless for protecting his heart.

Be her Mr. Right?
Ava can take care of herself and likes quiet, bookish men-not muscular warriors who think women need to be coddled. But Landon is more than he seems, and when they come together, the results are explosive.