Do you believe in the stars aligning or miss aligning and that it affects you? A lot of people do. I’m not saying if I do or I don’t. But be warned, Mercury goes retrograde today.


You may notice a change in the way mechanical devices and electronics behave, or rather misbehave, and communication between people may break down. Oh, joy. Like we don’t have enough going on in our lives.


To be honest, I’ve been experiencing Mercury retrograde symptoms for the past two weeks… And the quick little planet was even traveling in the right direction! I tried to self-publish something, and Murphy stepped in, making everything that could go wrong, go wrong. Ugh. But it's finally out there. 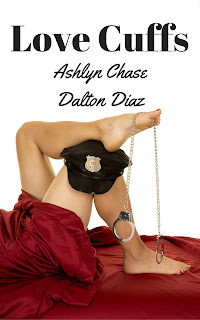 This is just one of the reasons I really appreciate having a publisher. And why I don’t mind giving up some of my royalties to them. They earn those royalties as far as I’m concerned. They hire and pay the editors, cover artists, formatters, and printers. They employee ad wizards… They arrange for distribution and release it into the wild, sending it further than I could on my own. And they take all that frustration away from me.


It’s hard not to resent RWA, for being so resistant to e-publishing for years, and then quickly embracing self-publishing like it’s the best thing that could’ve happened to our profession. At least with an e-publisher you had to submit your manuscript for consideration, find someone who felt it had promise, and then subject your ego to editing. I’m just voicing my opinion here. Don’t shoot me.


No, I don’t know everything. Believe me, I learned that lesson early. And maybe Indies are right in believing they don’t need outside help. Some of them are making more money than I am, but does that make them better writers? I know some who think (pardon me) 'their shit don't stink.'


It’s not a contest. The person with the biggest paycheck doesn’t necessarily win. In my opinion, some authors have forgotten why we write. Our job is not to pump out a giant volume of books and make a ton of money. Our job is to entertain readers.


I hope Mercury retrograde doesn’t mess up my message here. I’ve wanted to say this for a long time. If by saying it I offended anyone, I’m sorry. I’m not sorry for having these feelings, but I’m sorry if I hurt yours. That’s not my intention. I will admit that sometimes, I’m stupid enough to give advice, unasked for. I have this bad habit of wanting my friends to succeed and trying to help them.


Without having to do all the aforementioned work myself, I had more time to write and my writing improved with every new book, and everyone who weighed in on it. I'm not giving advice here...just sharing my experience.


Do you believe in Mercury retrograde?