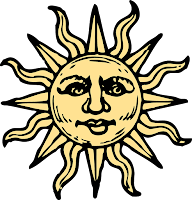 Today, June 20th, is the solstice, and the first day of summer! And while spring is probably my favorite season overall, I have a longstanding affection for the early days of summer and the surge of energy and enthusiasm that often accompanies them.

Celebrating the solstice, which can include Midsummer Eve and Midsummer Day  (June 23-24), can take many forms. In Santa Barbara, where I lived for several years, there would be a parade on the Saturday nearest the official date. Spectators would line up for blocks to watch fantastically dressed people and/or elaborate floats travel from lower State Street to Alameda Park. Usually, there would be a theme. Last year, it was “Sci-Fi”—this year it will be “Legends.” (Click on the following link to see the 2015 parade in full swing.)

A similarly festive atmosphere can be found in Sweden and other Scandinavian countries, where the solstice is celebrated with floral wreaths, dancing around the maypole, and—of course—a big feed, featuring herring, schnapps, and strawberries! 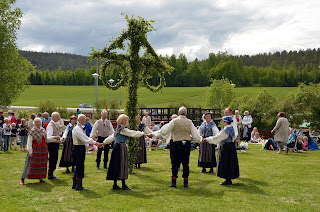 And in several parts of England, blazing bonfires are lit on St. John’s Eve (June 23), though as a native Southern Californian, I admit to being wary of fires—even celebrational ones—on general principle. Not to mention being reminded of a certain climactic scene of The Wicker Man... 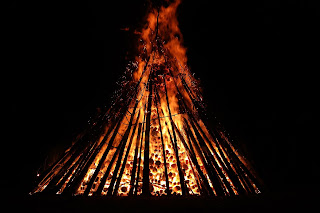 Open-air music festivals are another popular way to mark the occasion. Like the Secret Solstice/Midnight Sun Festival in Reykjavik, Iceland. Or the Glastonbury Festival, which is held over three days on the same dairy farm that introduced it way back in the ‘70s. (In recent years, bands as famous as U2 and the Rolling Stones have performed there.)

Others prefer to observe the solstice more quietly. Like travelers who make a special pilgrimage to Stonehenge to watch the sun rise above the Heel Stone. (It should be noted that dancing, drumming, and kissing often accompany this ritual.) 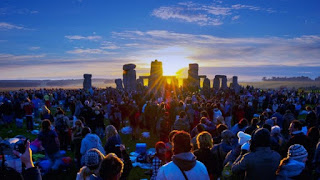 Finally, June 21—a date on which the solstice often falls—was recently designated International Yoga Day, which is supposedly less about exercise and more about finding inner harmony and balance. 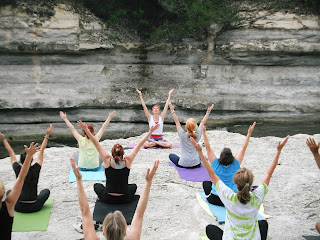 But however one celebrates the solstice, and whichever aspects of it one chooses to celebrate, putting more positive energy into the universe can be only a good thing.