New Release: TO CATCH A RAKE

By Unknown February 01, 2016
TO CATCH A RAKE a light-hearted tale about two people falling in love. In this story expect some wit, a laugh or two, and experience the joy-filled journey of two people on the path to romance. You will also discover that the story is set amongst a remarkable historical event. 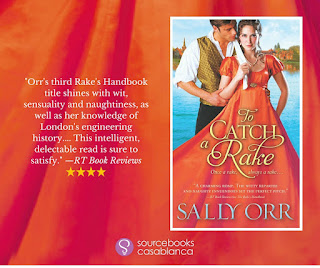 First I’d like to talk about the hero—the man who will always by my favorite character. What is more exciting than a strong, masculine hero recognizing, and ultimately giving in to, his passion for the heroine. By the end of the book, I expect most of us would love to be in the heroine’s pointy-toed shoes.

"You wish to be considered a Happy Goer?”
She held her breath. His question was followed by the wickedest smile Meta had ever seen given by a gentleman. Wicked because it revealed an intimate knowledge of Happy Goers. Wicked because it contained a veiled challenge for her to retaliate in kind. And wicked because, regardless of her response, he possessed complete confidence in his ultimate victory.
Sally Orr, TO CATCH A RAKE

You may also discover that some of my heroes have non-typical occupations, other than aristocrat. For me, Regency heroes are the gentlemen who combined intelligence, drive, and creativity to achieve groundbreaking discoveries. For example, the man who invented the first electric motor, or a machine that turned water power into electricity, or built an iron bridge, ship, or building that is still used in our modern world. 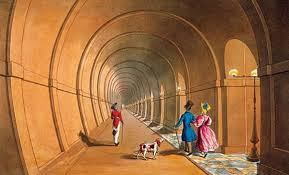 “You see, the secret to pleasuring a woman requires many traits unique to engineers.” His wholly wicked smile appeared on a pleased countenance. “There are steps to consider for maximum satisfaction. It’s like building a bridge: first you must find the right site. In this case”—he locked the door—“the site needs to be secured.”
Sally Orr, TO CATCH A RAKE

The hero of TO CATCH A RAKE, George, is a gentleman who spent his youth in the reckless manner of a young man about town—gaming, wenching, and sports. He used his vast expertise with women to pen the Field Guide section of The Rake’s Handbook. Now in his thirties, he finds himself jaded and pained to discover that the citizens of London consider him solely as a rake that wrote a vulgar book. He yearns to escape this field guide nonsense and find an occupation that will define his life—be a man everyone will speak of differently—a man of accomplishment. He becomes an engineer working on the most famous structure of the Regency-era—the Thames Tunnel. 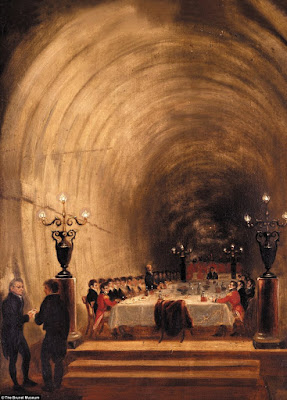 The Thames Tunnel was started in 1825 and became the first tunnel under a navigable river. In order to stop the tunnel from being blasted with a coat of concrete, the tunnel has been declared a grade II historical monument. Today fourteen million people travel though the Thames Tunnel section of the London tube every year. I wonder how many people realize the age of the tunnel they are passing through?

The story in TO CATCH A RAKE intertwines with one of the greatest achievements of the Regency-era. In my opinion, the Thames Tunnel will remain what the newspaper's called it in 1843, "The Eighth Wonder of the World."

Yes, I love Regency history. I love the dresses, manners, balls, attitudes, language, and history found in historical romances. However, I especially love it when the author includes some aspect of Regency-era science, architecture, or industry. It gives me a greater feeling of being in a remarkable time and place. 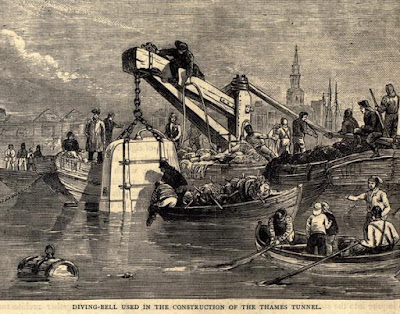 What do aspect of history do you love to read about the most? 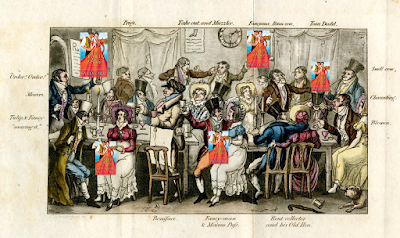