By Break of Day -a "Fresh" Night Stalkers release

One of the joys of a new series is also one of the great challenges of a new series, keeping it fresh for both the writer and the reader. So here's how I did it for me...it's pretty tricky...are you ready?

Just like the Night Stalkers, I used three helicopters. (Yep, that's one of my big secrets.)

The DAP Hawk (a unique version of Black Hawk designed by and built for the Night Stalkers) has a crew of 4. It is perhaps the most versatile and dangerous (to the enemy) helicopter every flown. And like their helicopter, these aircraft require a crew to match—four strong women and, of course, the men they deserve. Pilot, gunner, mechanic, and co-pilot, they are any outfits dream team and any enemy's nightmare. At the heart of these four stories is Major Emily Beale. 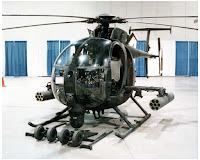 The Little Bird is a fierce and incredibly agile small helicopter with such a bad-ass reputation that it is nicknamed The Killer Egg. With a two-person crew, they are manned by fiercely independent, very fast thinkers. Colonel Michael Gibson of Delta Force is the driving power behind these two stories. 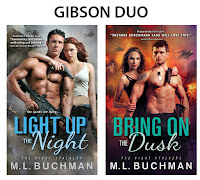 The Chinook, the third aircraft that they fly, is one of the very largest in the military inventory and definitely (when reconfigured to Night Stalker specifications) one of the toughest helicraft ever built. The massive Chinook takes a crew of five to run: pilot, co-pilot, mechanic, gunner, and ramp gunner at the rear. This is the powerhouse of the Night Stalker team, able to deliver equipment and troops on an unprecedented scale. To my mind, it lends itself to a more solid, more steady flier, and no one embodies that more than a Texas Cowboy. Captain Justin Roberts manhandles his massive helicopter into the most desperate situations. But what he isn't prepared for is the team's new Air Mission Commander, Kara Moretti, a wild, intuitive New Yorker from an Italian cop family.

This is only the beginning, so come and enjoy the fireworks!

M. L. Buchman has over 40 novels in print. His military romantic suspense books have been named Barnes & Noble and NPR “Top 5 of the year” and twice Booklist “Top 10 of the Year,” placing two titles on their “Top 101 Romances of the Last 10 Years” list. He has been nominated for the Reviewer’s Choice Award for “Top 10 Romantic Suspense of 2014” by RT Book Reviews. In addition to romance, he also writes thrillers, fantasy, and science fiction.

He is now making his living as a full-time writer on the Oregon Coast with his beloved wife and is constantly amazed at what you can do with a degree in Geophysics. You may keep up with his writing by subscribing to his newsletter at www.mlbuchman.com.