The Year of Rock 'N' Roll by Victoria Roberts 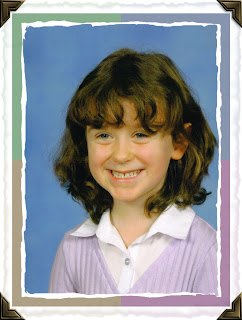 It was bound to happen sooner or later. I'm not stupid enough to believe that my sweet daughter, my first born, would stay a wee lassie forever. But the now fifteen-year-old has discovered the joys of being a teenager. And one of those new found discoveries is concerts.

See the problem? No? Let me explain.
Well, gosh darn it. Who does that leave? You guessed it. Mom and Dad. Dad is everything country, and mom is everything rock 'n' roll. So guess who won that battle?

Fortunately, the wee apple doesn't fall far from the tree. She loves music that I listen to and truth be told, I love the music she listens to. This is definitely her year for music exploration, and I strongly encourage it.

In two weeks, we'll be seeing these guys. 2Cellos are two men from Croatia who are classically trained musicians. They play cello rock. Perhaps you've seen their famous YouTube video to Michael Jackson's Smooth Criminal, but my favorite is the one they did below for Thunderstruck.

In June, we're seeing her favorite band Twenty One Pilots. She really has me hooked on these guys.


Lastly (at least for this year,) we're seeing Halsey. Her voice is incredible.

What was the first concert you escorted someone to?