I spent this past weekend with my writer pals at IRWA's annual retreat at the Bradford Woods manor house near Mooresville, with the special added attraction of having my pals and former Sourcebooks authors Kendra Leigh Castle and Sharon Lathan join in the fun.

I first met Sharon and Kendra at the 2009 RWA National Conference in Washington DC when we were brand new authors, full of hopes, fears, and excitement at finally seeing our books in print. 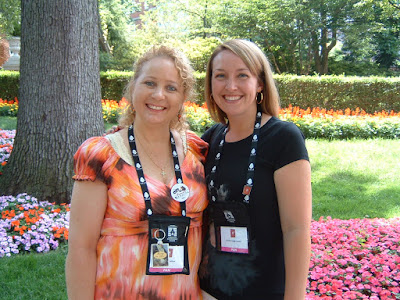 They have both moved on to other publishing houses or indie publishing, but our friendship has remained steadfast, even if we do have a few more gray hairs than we did back then. 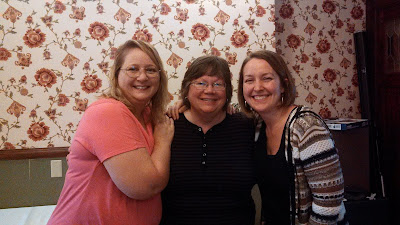 Our local RWA chapter's retreat is something we look forward to every year, mainly because we get to spend the weekend with people who understand us better than anyone else. At times, we were laughing our heads off. Other times we were soaking up new information. Brainstorming and venting were also popular, as was the traditional burning of nasty reviews and rejection letters in the fireplace.

All in all, we had a terrific time together, but the one thing that put a damper on the fun is the steady decline in author income since the introduction of Kindle Unlimited. Now I know that for many readers, KU is probably the neatest thing to come along since the e-reader, but it's putting the hurt on your authors. Granted, some writers seem immune to this malady, but the rest are suffering. One of our members has seen a 90% drop in her income since KU was introduced, and she isn't the only one.

In many ways, it's our own fault. We host giveaways all the time, and in the past, when a title was put up for free, it sold our backlist (or frontlist, as the case may be). Unfortunately, we are now starting to see a reversal of that trend. Free downloads do not necessarily equal increased sales anymore. To put it bluntly, we've taught readers expect to get our books for free.

Now, I'm well aware that not all readers subscribe to KU, nor do they expect us to give away books all the time. However, when I ran across this Facebook meme a while back, I liked and shared it on my timeline. Interestingly enough, that post only received a total of nine "Likes" and no comments whatsoever. 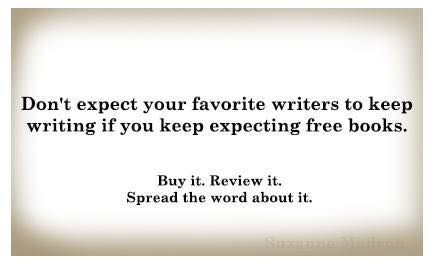 To be honest, I'm not surprised. Maybe it hit too close to home for many readers, or maybe writers were afraid to agree for fear of offending their fans. But whatever the reason, the message was largely ignored.

Ignore it if you will, but the bottom line is this. Writers write because it's what they do, but the vast majority are paid even less than the clerks at Walmart. There are no benefits. No retirement plans. No group health insurance. No taxes are withheld from their pay, and there is no guarantee that a publisher won't drop an author if their sales aren't up to par. Many authors are only paid twice a year with no idea how big the next royalty check will be.

So I'm not doing a giveaway with this blog post, which is the surest way to get more than one comment. I'm challenging everyone to get online or go to their local bookstore and BUY A BOOK. It doesn't have to be one of mine. I don't care whose books you buy. What you read is a matter of personal choice. Just don't expect something for nothing, because eventually, nothing is exactly what everyone will get.