Books getting us through difficult times and paying it forward

By Hot Ash Romance Novels August 26, 2015
I recently had a book signing in Salem, MA. It went well even though my books were pricier trade paperbacks. They were about witches, so I was appealing to the right audience. Not all of the shoppers at Magika on Pickering Way were witches. Many were tourists, curious about all the hoopla that made Salem famous in the first place. Oddly enough, the women hanged as witches in the late 1600's weren't witches at all. They were victims of fear and mass hysteria. Today's witches are nothing to fear either. In fact, they're all about making the world a better place--as are the witches in my new novels. 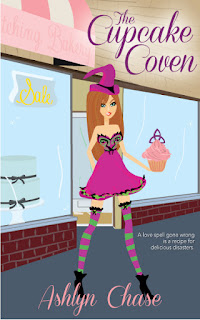 A craft is something creative. It’s also something that requires practice. Authors create and practice their craft each time they write a story—Wiccans may draw a magic circle and put an intention out to the universe as part of practicing their craft. The term 'witch' came from our pagan ancestors and means 'wise woman.' Their #1 rule is: Harm None.
Because I wish to be a wise-woman, I never told a certain ex-friend that I had studied the craft. She had a hair trigger temper and revenge was something she thought was good to get. Right after Hollywood released, “The Craft” she asked me if I knew where she could learn witchcraft. I told her she should probably realize that Hollywood wasn’t real. I went on to mention that Witches today were more like a bunch of earthy, peace-loving hippies. She quickly lost interest. 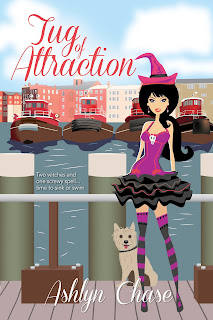 In my Sourcebooks series Strange Neighbors, I have an array of paranormal characters who live in a haunted apartment building. Among them are shapeshifters of various types, a vampire, and two witches who are roommates. The elder is teaching her sometimes foolish younger cousin the craft with an emphasis on responsibility. I had great fun with these characters. So much fun in fact that although they show up in each book, the third and final book in the series features the witches prominently. But that’s not the end of this cast!
A spin-off series called Flirting with Fangs is now out and complete. Book 1 is Flirting Under a Full Moon, Book 2 is How to Date a Dragon and book 3 is Kissing with Fangs. The gang gets back together to defeat a foe which could expose and destroy them all. I received a wonderful fan letter recently. The woman said How to Date a Dragon got her through a difficult time in her life. That meant the world to me. I said the same thing to Diana Gabeldon about Outlander many years ago. I'm so happy to know I paid it forward.


And now…I’ve been contracted to write another spin off series called Boston Dragons! This one is based on a newly discovered enclave of dragons in Ireland. Book 1 is I Dream of Dragons where we meet the Arish siblings--displaced and on their way to Boston. That book is now finished (release date April 2016) and book 2 My Wild Irish Dragon is in my editor’s loving hands. 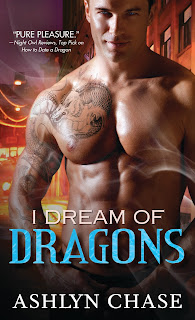 Thank you to my publisher Sourcebooks for believing in me. All the books in the Flirting with Fangs series are now available in audiobook format as well as mass market paperbacks and eformats. The new series (not even completed yet) has already been contracted for audiobooks! That's another 'pay it forward' for me. After spinal surgery I had to spend a month on my back, staring at the ceiling fan. I would have lost my mind if not for audiobooks!
How about you? Has a book ever gotten you through a tough time?