Writing Inspirations - Why We Love Them by Victoria Roberts 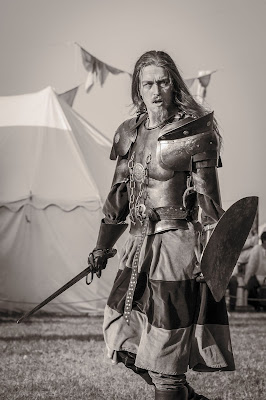 Inspiration can come from the oddest of places, and we as authors love when that happens. Whether you're watching a movie or television show, reading a book or magazine, or gazing at pictures of mysterious places, ideas can spark your muse into overdrive. And that's when the creativity flows.

One of my books (To Wed a Wicked Highlander) was inspired by the following tale of Kenneth MacKenzie.

Kenneth MacKenzie, known as Coinneach Odhar or the Brahan Seer, was a legendary teller of the future in the early 17th century…or so the story goes. Some people have regarded him as a fictional creation of folklorist Alexander MacKenzie, and others have questioned the existence of the Seer at all. Be that as it may, there is a long tradition of claims to be able to foretell the future and about folks who have the “second sight.”

But was the Brahan Seer fact or fiction?

Legend tells the tale that Coinneach fell asleep on a fairy mound (watch out for those wee folk!) and when he woke up, he found a stone in his coat. This mysterious stone allowed him to see the future.

A man often compared to Nostradamus, many of MacKenzie’s visions for the future are said to have come to pass. Not only had he foretold the site of the Battle of Culloden, the construction of the Caledonian Canal and the fate of the MacKenzies of Seaforth, but he predicted the “black rain” on Aberdeen, which was claimed by some to be the coming of the oil industry.

The Brahan Seer may have given an accurate history of Scotland’s past, but there are still some unfilled prophecies. For instance, he predicted that a large stone on the hill opposite of Scallisaig farm-house in Glenelg “will fall and kill a man.” The boulder is well-known to locals, and the prophecy is so clear that there couldn’t be any mistake about its meaning.

He also foretold that “a severe battle will be fought at the (present) Ardelve market stance, in Lochalsh, where the slaughter will be so great that people can cross the ferry over dead bodies. The battle will be finally decided by a powerful man and his five sons, who will come across from the Strath (the Achamore district).”

Unlike Nostradamus’ vague premonitions, Coinneach’s predictions for the future are clear. “When a holly bush (or tree) shall grow out of the face of the rock at Torr-a-Chuilinn (Kintail) to a size sufficiently large to make a shaft for a carn-slaoid (sledge-cart), a battle will be fought in the locality.”

Although there is no historical evidence of this infamous future teller, there are plenty of tales surrounding him.

What type of inspiration sparks your creativity?