By Cheryl Brooks July 23, 2015
We always have great expectations about the RWA National Conference. It hasn't even officially started yet, and yet thousands of published and aspiring authors have already descended on the Big Apple.

Just getting here was an adventure. Planes were backed up at the gates at LaGuardia, which is probably nothing new, but traffic getting from the airport to the NY Marriott Marquis was horrendous. We were hungry and exhausted by the time we made it to the hotel, but the excitement was already in the air as more RWA members arrived.

After dinner at Junior's Restaurant, we wandered around Times Square before heading back to collapse in our hotel rooms. 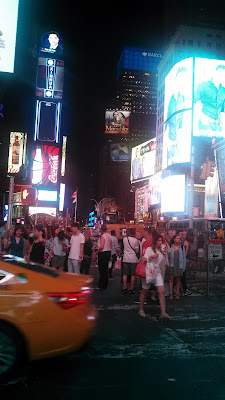 Tuesday is the day for most of us to play tourist. With the help of a bit of prior online research, we managed to get tickets to see the Statue of Liberty and made it from Times Square to Battery Park via the NY subway system, which is an adventure in itself. That's me with two of my Indiana RWA pals, Nikki Hayes and Aly Grady. 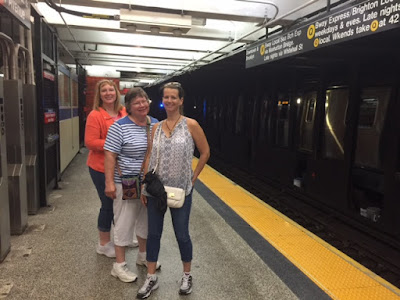 During the ferry ride to Liberty Island. The wind felt great! 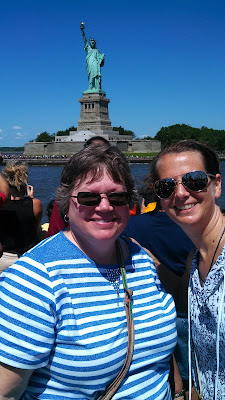 After the ferry ride to the statue, my roomie, Tia Catalina, and I climbed the stairs to the top of the pedestal. Let me tell you, my feet were NOT happy with me...

This is a selfie we took as we neared the top. We weren't feeling very fresh by then... 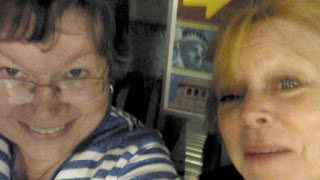 but the view was amazing! 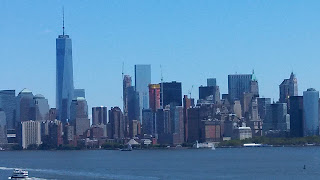 That tiny, red-headed speck in the lower portion of the picture is Tia! 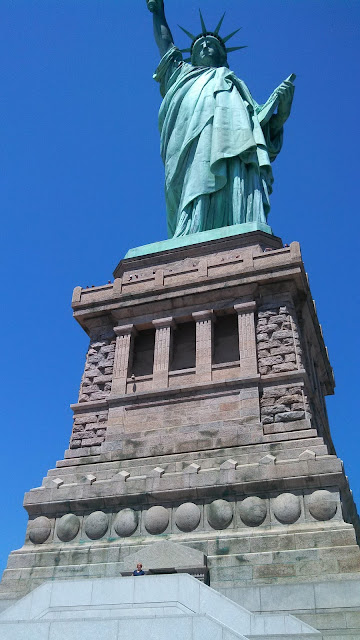 After the return trip, we walked up to the 9-11 Memorial. The water flows from the edge to the center continuously, and the names of those who died are engraved all around the perimeter. A very sad, moving memorial to a tragedy our country will certainly never forget. 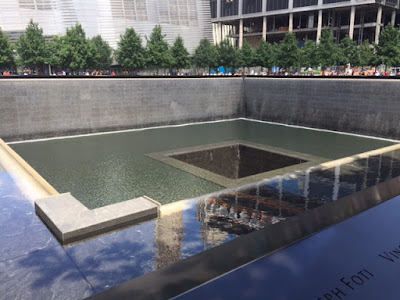 Then we hopped on the subway again, after asking directions from a security guard.
After all that walking, the subway was nice and cool, and it felt really good to sit down for a while. Note my spiffy new Statue of Liberty hat! 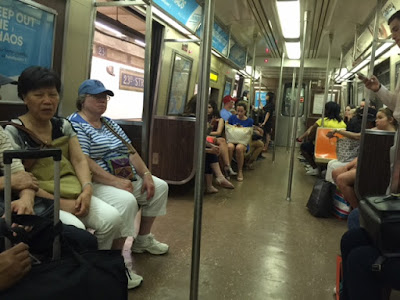 After a very late lunch, it was back to the room to get ready for the Literacy Autographing. If you've never been to an event such as this, I can only describe it as deafening, tiring, and rewarding. Just imagine 500 authors in a room with a thousand or so readers, and you'll have some idea of the noise level. Getting to see some fans and old friends makes it well worth the effort, plus, the money generated all goes to literacy programs. 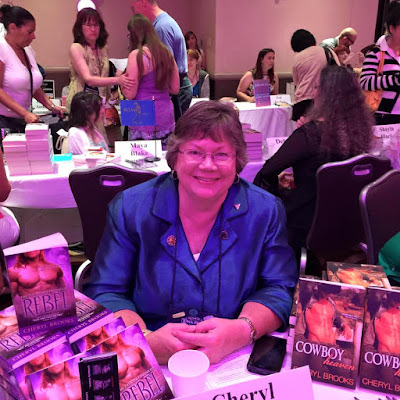 The conference officially starts Thursday morning, but so far, we've had a blast!