When it snows, it sometimes drifts...

By Cheryl Brooks February 13, 2015
I'm already feeling slightly jinxed, so I suppose it's appropriate that my blog falls on Friday the 13th this month. Thus far, 2015 has not been kind to my family. We had a very pleasant holiday season. I'd gone all out with the decorating, and we enjoyed several fun get-togethers with family and friends. 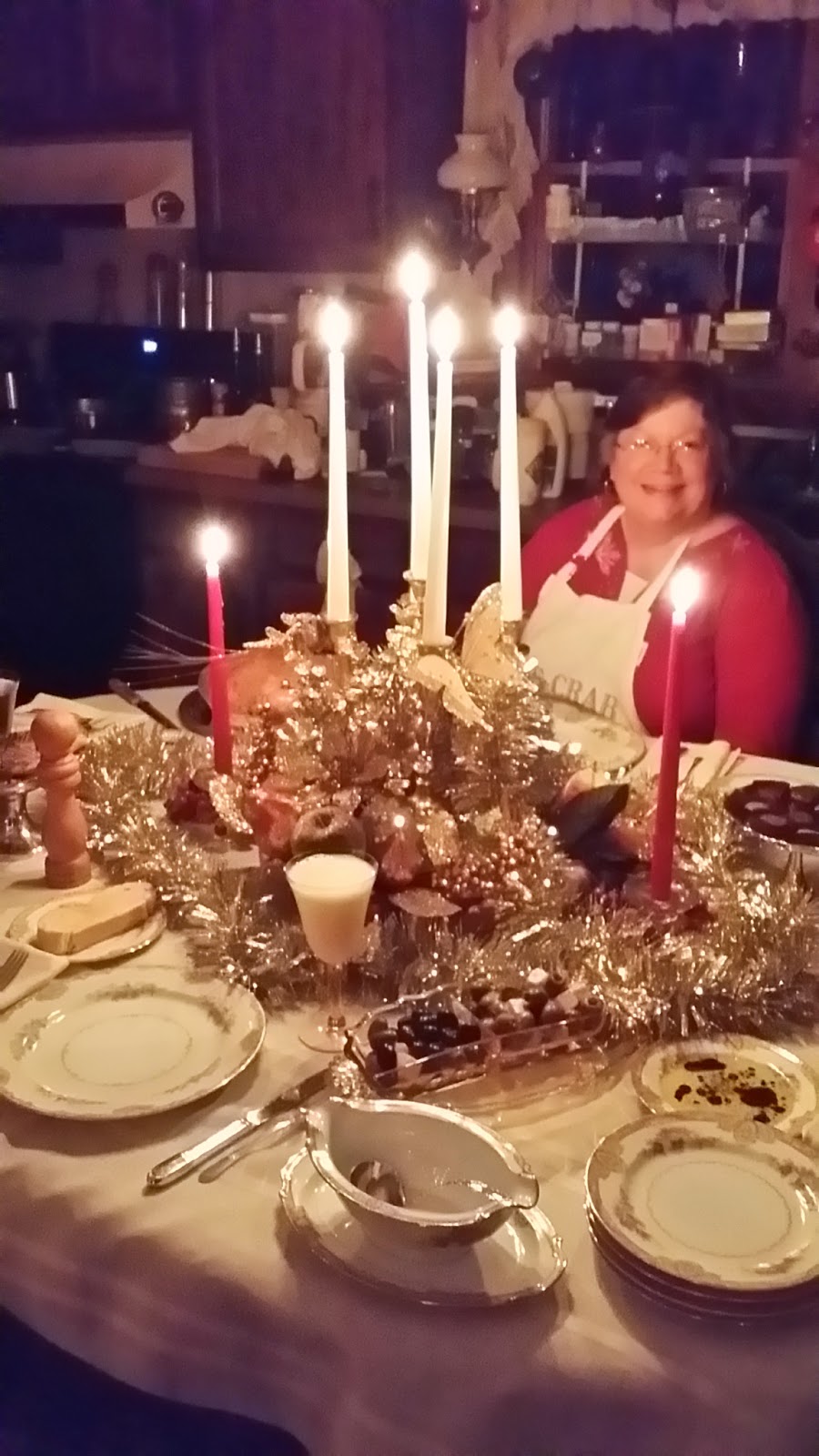 Then on January 5th, my husband was headed back to work. He stopped at an intersection to wait for oncoming traffic to pass before making a left turn off the highway. He was starting to make the turn when two boys in a pickup truck rear-ended his Honda Fit at what had to have been a fairly high rate of speed. He was trapped in the car for a while and sustained a severe concussion, a chipped molar, and badly strained muscles in his right calf, no doubt from slamming on the brake when he was hit. The side airbag deployed, which is probably the only reason he wasn't more seriously injured. 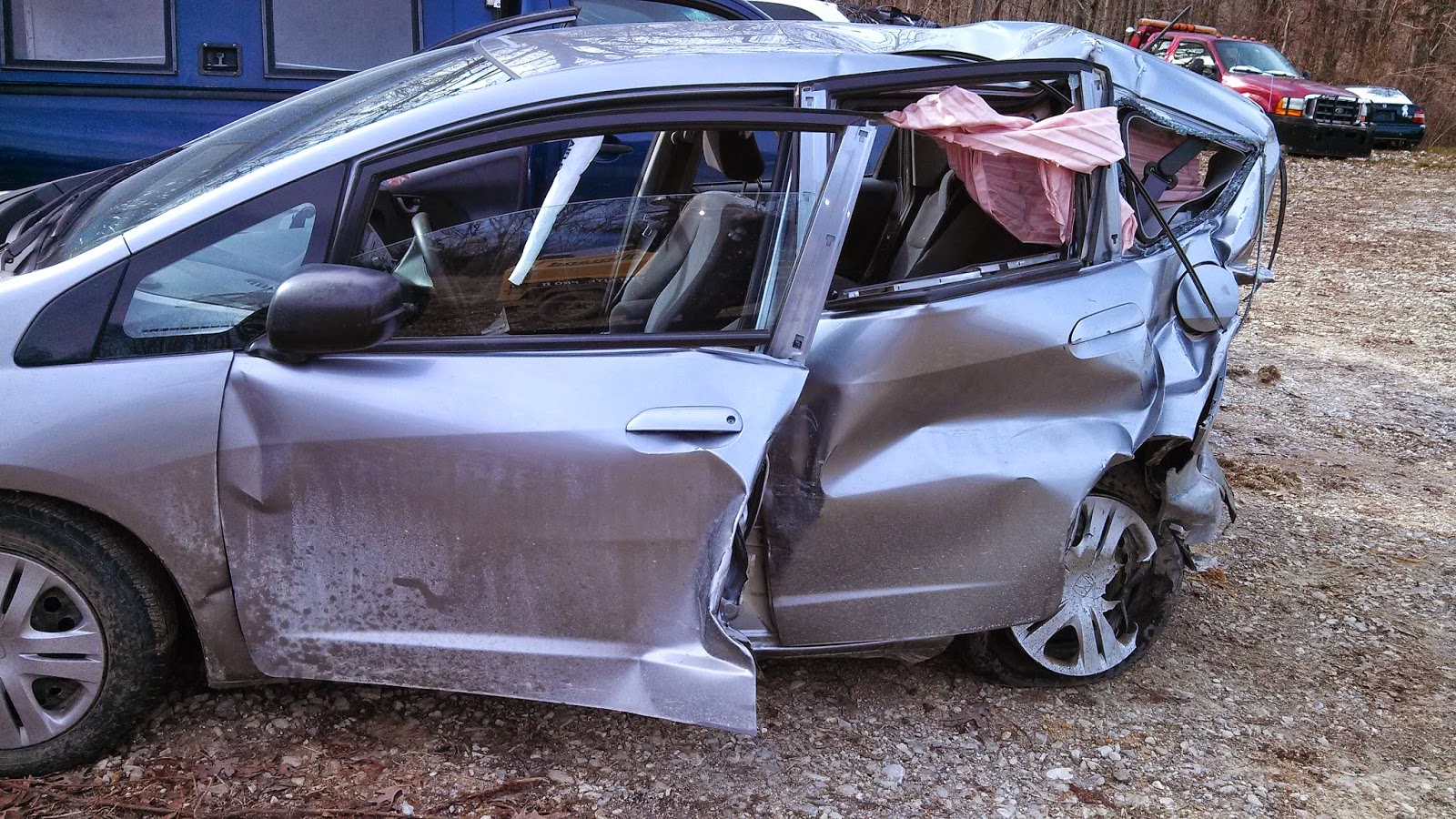 The police report stated that the eighteen-year-old driver of the pickup was "distracted" and didn't see my husband's car. This was in daylight with dry pavement, no construction, and a clear view of that intersection for at least a quarter of a mile. I have no proof, but I'm guessing both he and his twenty-three-year-old passenger had their eyes on their phones instead of the road. According to one of the ambulance crew, cell phone usage has now surpassed drunk driving as the most common cause of automobile accidents.

Due to the concussion, my husband doesn't remember anything from the time he began to make the turn until he regained his senses in the ambulance on the way to the local hospital. He was then transported by ambulance to a larger hospital in Indianapolis. The neurologist there told him his concussion was severe, but that he was probably in no danger. There was a winter storm on the way, and it hit about the time he was released. Fortunately, although we had a two-hour drive home, we were heading south away from the worst of the snow.

My husband was doing better by Wednesday, but by Thursday night, he began running a fever. I took him to the doctor on Friday. They did a scan of his leg to rule out any blood clots and started him on antibiotics. Over the next four weeks, he finished the antibiotics and seemed to improve, although he was still dizzy at times and had a persistent headache, which, considering the severity of the concussion, was to be expected.

During that time, we replaced his car and things seemed to be getting back to normal. I saw my doctor  for my twice-yearly visit for mild type II diabetes. My Hemoglobin A1C was down slightly, and he sent me to a podiatrist for my plantar fasciitis and general foot pain and numbness. The podiatrist gave me exercises to do, a foot brace to wear at night, insoles to put in my shoes, anti-inflammatory pills, and a pain-relieving gel, none of which have done anything (thus far) to relieve the pain. The podiatrist sent me to another doctor who did a nerve conduction test to determine if I had any peripheral neuropathy. He stuck needles in my feet and legs, zapped me with electric shocks, and told me I had the nerves of a twenty-year-old. My, how helpful!

Then last Friday, my husband began running a fever again. He started back on antibiotics and didn't do too badly over the weekend, but while he was at work on Monday, he noticed numbness in his right hand and leg. The proprioception (that's knowing where your limbs are without looking at them) was also affected. He talked to his doctor that evening and was seen on Tuesday morning, after which they did an MRI of the head and an ultrasound of the arteries in his neck.

Wednesday afternoon, his doctor called and said he still has a hematoma on the right (which affects the left side of the body). He said the hematoma might go away on its own, or it could require surgery. Then he consulted a neurosurgeon who told us to go to the hospital right then. They drew some labs and did an EKG and kept him overnight. On Thursday, the surgeon prescribed Decadron to reduce any swelling and compared the MRI with the CT they did the day of the accident. The Decadron didn't help much, so surgery is scheduled for this morning at 8 am (I'm updating this on Thursday night). The doctor is optimistic, but I won't feel easy until this is over and my husband is back home and back to normal.

Not surprisingly, I'm a bit frazzled at the moment. This blog wasn't even scheduled as a launch for Cowboy Delight, which seems to have gotten lost in the shuffle of other February releases, but I guess I'll toss this out for anyone interested in reading something steamy enough to take their minds off their worries for a bit.
I've actually been reading it myself while hanging out in various waiting rooms.

For more information and buy links for most vendors visit the Cowboy Heaven page on my website. 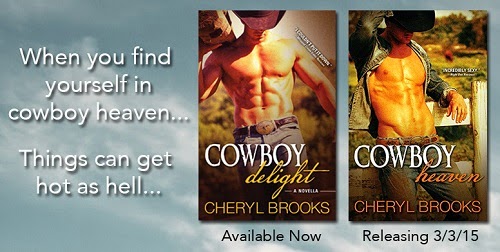