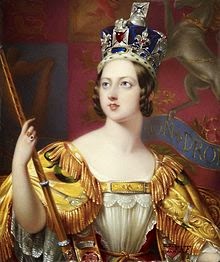 One thing I love about the Victorian Age is its epic scope. Choose any decade, any year, even any month, in that era and you can find something important--whether political, social, or cultural--happening and not only in England.

My current project is a novella set in 1879, a prequel to my just-finished manuscript, which takes place in 1888. To get the ball rolling, I entered the date on Wikipedia to see which events had shaped that year--with fascinating results.

Here are just a few important things that happened in 1879. 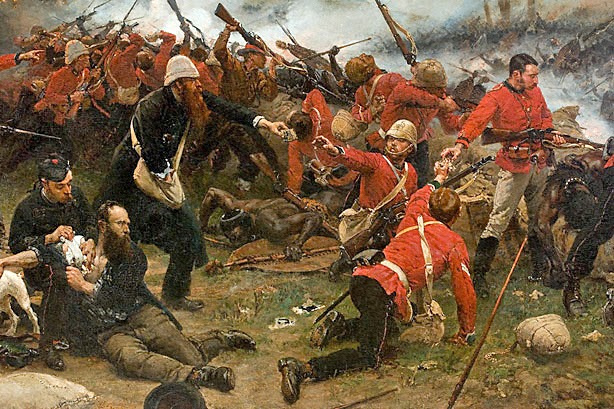 1) The Anglo-Zulu War: Given the spread of colonialism and size of its empire, it was no surprise to learn that Britain was at war, somewhere in the world. This conflict involved the Kingdom of Zululand in South Africa, was marked by a number of bloody battles, and lasted from January to July, when the British defeated the Zulus at Ulundi. But one of the most notable casualties of the war was Napoleon, Prince Imperial of France, the twenty-three year-old son of deposed Emperor Napoleon III and the grandnephew of Napoleon Bonaparte. Attached at his own insistence to the British army, the prince died in a skirmish with Zulus on June 1, 1879, ending any dynastic hopes for a Bonaparte restoration to the French throne.

2) Oxford University admits women: On October 13, 1879, the first female students came to study at the newly founded women’s colleges, Lady Margaret Hall and Somerville Hall. Women had already been admitted to Cambridge ten years earlier, with the establishment of Girton College in 1869. Neither Oxford nor Cambridge granted degrees to women until the 1920s, however.

3) Let there be light: Thomas Edison successfully tested carbonized thread as a filament for the everyday electric light bulb, which burned for more than 13 hours. Two months later, on December 31, Edison held a public demonstration of incandescent lighting at Menlo Park, New Jersey. He was quoted as saying, “We will make electricity so cheap that only the rich will burn candles.”

4) Nora slams the door: Henrik Ibsen’s A Doll’s House premiered at the Royal Danish Theatre in Copenhagen, Denmark on December 21. The drama became an instant hit, every performance selling out, and aroused immediate controversy, as well as inviting a deeper scrutiny of women’s rights in marriage and in society. (At the other end of the theatrical spectrum, Gilbert and Sullivan’s popular operetta, The Pirates of Penzance, had its first British performance at Paignton, Devon on December 30, then opened to rave reviews in New York the next evening.)

5) Train wreck: Weakened by a storm, the Tay Rail Bridge collapsed as a train traveling from Wormit to Dundee passed over it. All on board--an estimated 74 or 75 people--were killed, though not all bodies were recovered from the river. An inquiry revealed defects in workmanship, maintenance, and design, which resulted in more stringent safety criteria for future British bridges. A new, stronger Tay Bridge was completed in 1887 and is still in service today.

Pretty mind-boggling, yes? Even the weather in 1879 was apparently worth noting. England and Wales experienced their coolest, wettest summer since 1766, while London was shrouded in a thick fog from November until March of the following year, possibly the longest period ever!

Even if major historical events don’t play a significant role in your characters’ lives, simply being aware of their particular context can help you tell a richer and more rewarding story.