I have to admit, I love release day for a new work. I remember in 1997 holding my first novel in my shaking hands. I can tell you exactly how my wife and I were standing when we held my first indie release in 2010 and my first Night Stalkers novel in 2012.

Thirty novels and over a dozen short stories later, the feeling hasn't flagged in the slightest. I've tried to describe this moment to non-writer's many times. The best I've ever come up with was the day I bought my first house. It was old (1911), run-down (it had been a rental for 20+ years), and I was totally enamored of it.

(The fact that it took me 7 years to fix the beastie up to look like this a whole different story that starts with an amazing view from the 2nd story...back before I added the second story.) 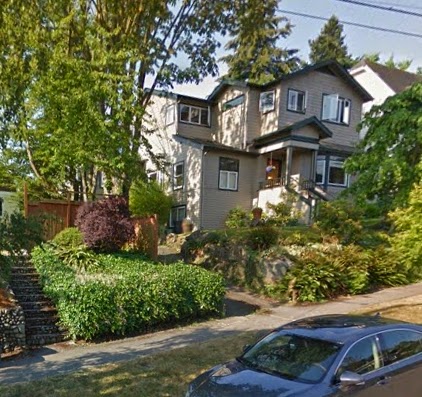 The feeling though, at that moment when the door swung open, before I crossed the threshold, was a moment of such joy and anticipation and hope and fear that I never expected to feel it again, until I open the first case of my books from the printer.

When I looked into the box and held my first copy, there was joy at seeing the amazing thing I had just accomplished!

There was anticipation that others would enjoy reading it even half as much as I enjoyed writing it!

There was hope that it would have a future (thirty novels later that's a definite yes).

And there was stark terror that I had done something totally nuts. (Which, in buying that house I had.) In writing, the terror goes deeper. I was holding a finished book that constituted my very best effort as of the moment I wrote it. With each new book, there is always (and I do mean always) the fear that I'm at that instant holding the best work I will ever do.

I think this is the moment where so many one-book authors fail. They have completed a huge effort to create that first book. And the fear of the blank page of book #2 or holding book #1 and knowing how much blood, sweat, and joy was captured there is so daunting to imagine.

This week I have released two works: a short story and a novel. And the joy-anticipation-hope-fear-terror cycle is in full swing. So, while dancing with celebration and trying not to shake with that other emotion, Here they are, ready for the world.

And the best cure for that fear? For that terror that's wants to stop us cold in our tracks? Start the next book...NOW! Set the fire to warm your toes, and launch in. That too is an amazing feeling, when you realize that you are brave and powerful enough to take the plunge once again.