The Story Behind the Story of HUNGRY LIKE THE WOLF, Book 1 of Special Wolf Alpha Team (SWAT 1)! 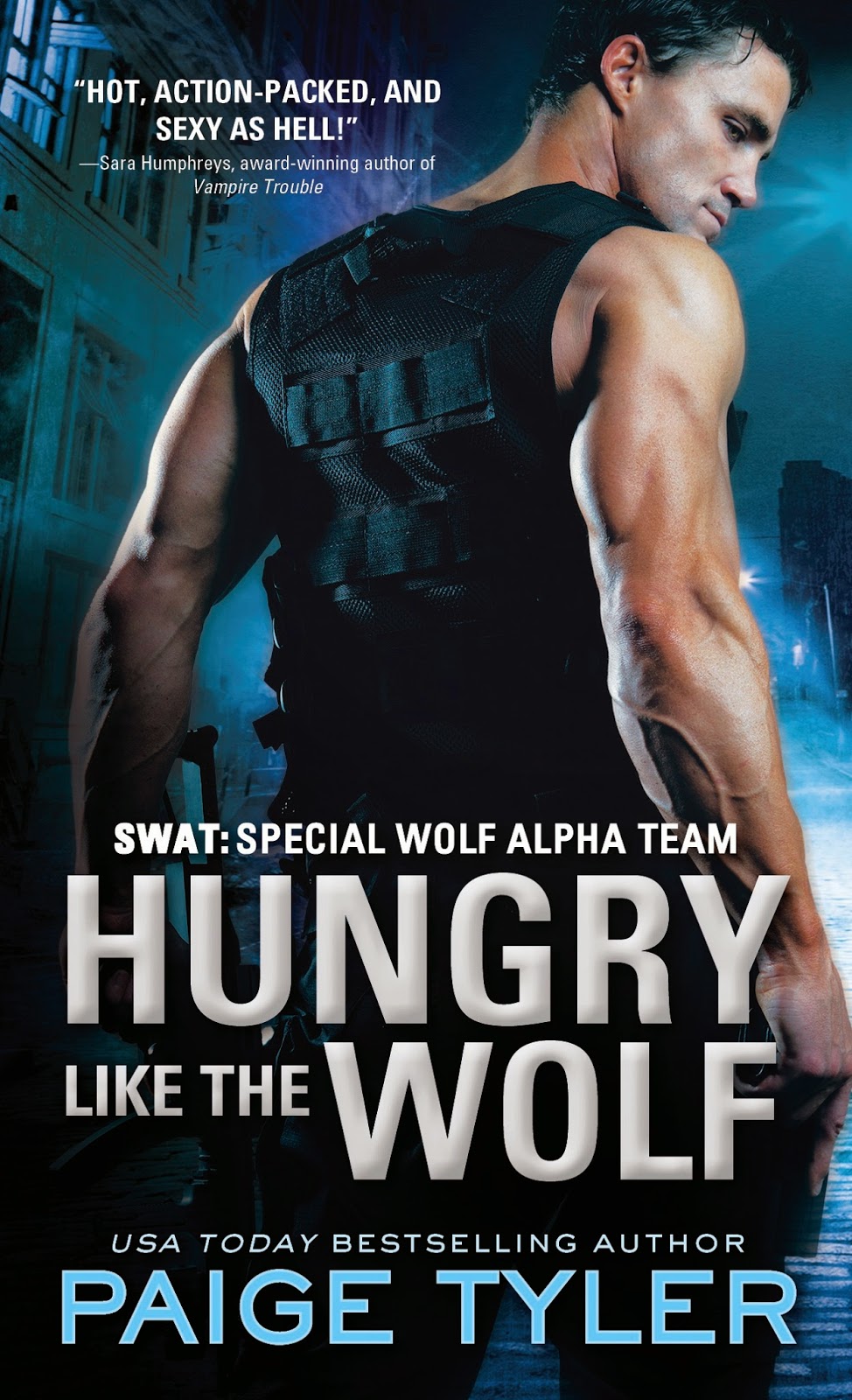 I’d like to say that my inspiration for HUNGRY LIKE THE WOLF—and the whole SWAT (Special Wolf Alpha Team) Series—represents a bright, shiny example of magical inspiration. But, in reality it was born from the frustration writers go through when a story idea isn’t working with us.
My hubby (who helps as my writing partner) and I had been working hard on an idea for a series of erotic romances based on good, old-fashioned, alpha male cops. What woman doesn’t love a little alpha male with their erotica? They were supposed to be believable cop stories with a lot of hot sex. Should be easy enough, right?
But as we started developing the various story outlines (we literally wrote half a dozen different ones, some forty-thousand words long), we kept running into the same problems over and over. Either the story ended up too procedural (i.e. boring) or too erotic (i.e. completely unbelievable in any realistic police setting). If you’re in the middle of a serious crime storyline, it can get really sticky trying to find appropriate places to insert heated sex breaks—it tends to look a little out of place. “Oh wait, I know we’re in the middle of a blood-splattered crime scene, but how about we stop for a quickie?”
The same goes if you’re heading down the erotic storyline and you try to insert serious criminal and police activities in there somewhere. “On the way to the local BDSM shop, the hero and heroine stop by the crime lab to drop off the critical fiber samples.” Lots of great writers out there have probably pulled it off, but it wasn’t working for us.
Hubby and I kept at it, trying to find the right mix of serious cop drama and heat, but nothing was working and we were both getting really frustrated. Over breakfast one morning, we were still trying to figure out where to go with the concept and getting seriously close to dropping the whole idea. Nothing was popping into our heads and we were starting to get snarky with each other.
After he left for work, I emailed him, just to make sure he wasn’t still spinning from our latest unproductive attempt at brainstorming. He replied back to me, and I to him, etc. That’s when something amazing happened. When you’re emailing back and forth, you’re forced to clearly put the thoughts in your head on the page…and the other person can’t cut you off halfway through. We still hadn’t come up with a good idea, but at least we were actually making more sense via email than face-to-face.
Then hubby made a joke about adding a zombie to the story (in his mind, every book can be improved with the addition of a few zombies!). I vetoed that idea immediately (I retain final executive authority on story content—if not, there’d be zombies, ninjas, and exploding chickens all over the place) and said that if we were going to put anything paranormal in the story, it should be a werewolf.
Hubby replied with, “You know, that might just work.”
And the SWAT series was born. While we kept a good amount of heat in the stories, we moved away from the erotic angle, focusing on this Dallas Police Department SWAT team made up completely of werewolves, and each of their efforts to find The One woman who can accept them for what they are.
The rest is history as they say, but it all started with a lame comment about a zombie.

HUNGRY LIKE THE WOLF releases tomorrow, but is available for pre-order in ebook and paperback now! Links below!

The Dallas SWAT team is hiding one helluva secret…they’re a pack of wolf shifters.

The team of elite sharpshooters is ultra-secretive—and also the darlings of Dallas. This doesn’t sit well with investigative journalist Mackenzie Stone. They must be hiding something…and she’s determined to find out what.

Keeping Mac at a distance proves impossible for SWAT team commander Gage Dixon. She’s smart, sexy, and makes him feel alive for the first time in years. But she’s getting dangerously close to the truth—and perilously close to his heart...

"Exciting, Action-packed Debut to a Promising New Paranormal Series.
HUNGRY LIKE THE WOLF is yet another demonstration of the immense talent
of Paige Tyler." - Fresh Fiction

"Hungry Like the Wolf promises to be a fun action-adventure
following the exploits of a SWAT team for the Dallas PD. This atypical
collection of officerswill present very colorful personalities sure to keep
old and new fans entertained." - RT Reviews

"Filled with action-packed passion, the fun story is easy to get lost in.
The well-developed characters and unusual premise provide enough material
for what promises to be a long-running series." - Publisher's Weekly

If you love those sexy stories that also have action, suspense and keep you
turning the pages, then this one is a great choice." - Stuck in Books

Meet the Men of SWAT
http://paigetylertheauthor.com/SWATSeriesCharacterProfiles.html

I'm also having a Facebook Party to celebrate the release of HUNGRY LIKE THE WOLF Tues from 8 - 10 PM EST. Hope to see you there!