A Close Encounter of the Pinniped Kind


You can also find all kinds of engaging fauna, of both the domesticated and wild variety. Pismo is doggie heaven, without question, and at any given time you can find dogs running ecstatically along the beach, sniffing eagerly over every inch of the pier and boardwalk, or being fed and watered outside the most popular local eateries. Like this Golden Retriever, whom I first spotted licking out the remains of a bowl of clam chowder that its owner was holding.  A little unhygienic, perhaps, but who could resist this face? 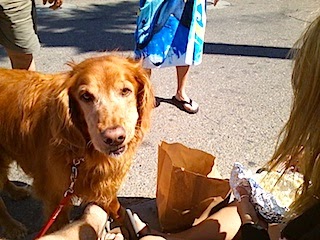 Cats are harder to spot, but the hotel we stayed at used to have a colony of semi-feral cats who lived in the bushes lining the clifftops and who emerged every morning to be fed on the outside deck of the hotel restaurant. And one of the used bookstores boasts a sweet-natured Maine coon cat who strolls out to meet the customers and puts up with endless amounts of petting. Even from small children who descend upon her with enthusiastic shrieks of "Kitty!" 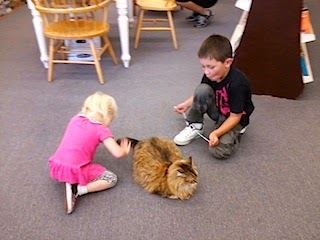 On the wild side, you have an abundance of waterfowl to study--sassy, well-fed white seagulls, tiny grey sandpipers, and elegant, solitary wading birds. One summer I saw a cormorant pacing majestically up the beach, opening and closing its impressive wings to dry in the sun (they lack the oils that give other seabirds their natural buoyancy).  And brown pelicans are plentiful, perching on the rails of the pier, drinking from the faucets set up for washing the day's catch, and so accustomed to people that they don't twitch a single feather when tourists pause to snap pictures of them. 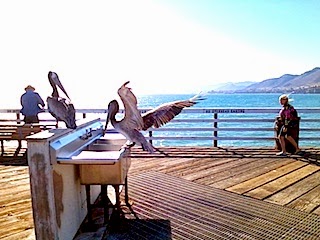 And then there are sea lions, native to California, who can sometimes be spotted (or heard) swimming around the pier, or occasionally seen sunning themselves on rocks--or life rafts--a safe distance from shore. I certainly didn't expect to view one much closer than that . . . until the afternoon I walked on the beach with my sister and saw this. 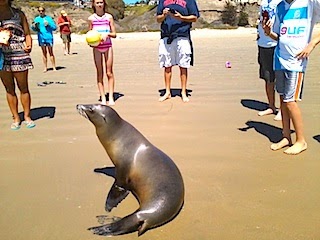 I broke into a run, unable to believe my eyes at first.  But there it was, sitting right on the sand in front of us, in the midst of a fascinated circle of spectators snapping away with their cell phone cameras! For a crazy moment or two, I thought about selkies--those mythical seal people who come ashore to breed with humans--but our visitor showed no inclination to doff his or her skin, so that clearly wasn't the reason it was on the beach. The sea lion showed no aggression, no barking or growling, though it swung its head around to stare at all the people taking its picture and flopped about on the sand, blinking its big dark eyes at us. 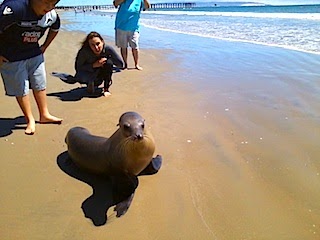 Delight soon gave way to concern because the sea lion seemed disoriented and, worse, prone to severe tremors. The crowd agreed that this situation was not normal and our guest was definitely unwell. The lifeguards were contacted, and they, in turn, called Marine Mammal Rescue who came out in their truck to oversee the matter. The culprit, apparently, was domoic acid that caused seizures in sea lions after they ate fish that had consumed the phytoplankton that had fed on the algae that produced the acid. In other words, major damage all the way up the food chain.  There had been nine cases of this kind of poisoning the previous weekend. Fortunately, the condition was treatable, and our sea lion was put in a crate and loaded into the truck, to be taken to a local animal clinic. After its recovery, it would be released back into the wild, which relieved us all because sea lions deserve happy endings too. Feel better soon, little guy (or gal)! 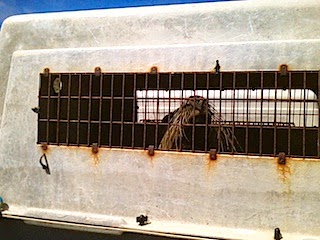 Did you ever have a close encounter with a wild animal? And how did it turn out?