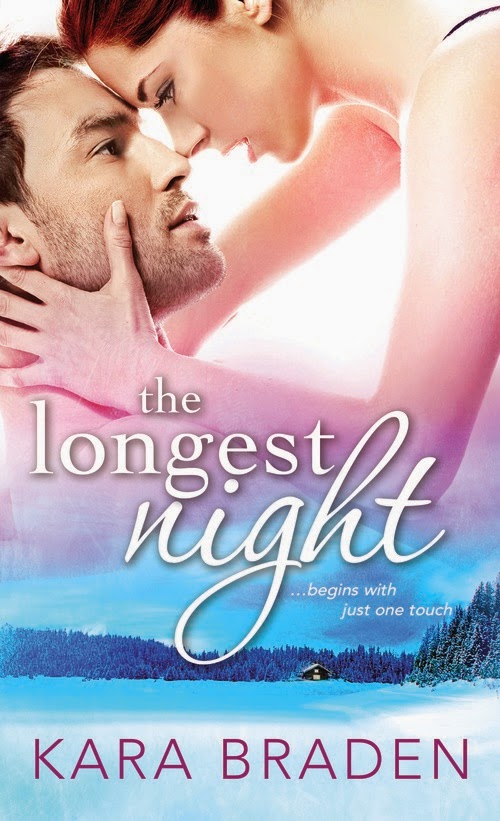 A little over a year and a half ago, I was writing for fun, looking for work, and wondering how to break into the writing world. It was November, 2012, the middle of NaNoWriMo, and I was determined to be a winner. And then I got the most wonderful, unexpected Tweet ever. Sourcebooks wanted to me to turn one of my stories into a novel.
Fast-forward through the most wonderful twenty months of my life. I got to watch my story grow up into The Longest Night — a book I’m proud to share, with cover I’d love to frame and hang on the wall. Even better, I finished my second book, The Deepest Night, set in the same world as the first, with equally awesome cover art.
Want to know the funny thing? I’m actually not a big romance reader. I love sci-fi, fantasy, and Cold War and espionage thrillers. I enjoy paranormal romance for the paranormal, rather than the romance.
So maybe that’s what makes The Longest Night different. It’s not love or even lust at first sight. Instead, it’s the story of two people who go from strangers to friends, building trust and intimacy in a slow burn that turns into a long-lasting foundation for their love.
Ian and Cecily aren’t your typical hero and heroine, either.  Ian Fairchild is a smart, sexy criminal attorney — more Sherlock Holmes than the Terminator. He spends his days in the courtroom and his nights in bars, restaurants, and nightclubs. He’s a city boy, perfectly suited for life in Manhattan... and not at all for spending even a couple of days with Cecily Knight, much less a couple of months.
Cecily’s the one who’s built a life in a cabin in the middle of the Canadian wilderness. She hunts her own food, chops her own firewood, and flies her own small plane whenever she needs to go to town for groceries. For fun, she uses an old manual typewriter to write children’s fantasy novels.
At first glance, you’d think they’re not suited for each other at all. Cecily’s not a rich, glamorous city girl with an executive job by day and invitations to all the best parties, and Ian’s not a tough, self-sufficient survivalist. But love goes deeper than that surface impression. Cecily and Ian are both strong, resilient, and intelligent.
To complicate matters, Ian’s fighting an addiction to painkillers after a car crash, and Cecily’s PTSD has driven her to live in isolation for the last seven years. But while it’s a long road for both of them to heal, if they can learn to trust one another, they won’t have to walk that road alone.

Kara Braden makes her debut in modern romance with a story of love in isolation. She believes that engaging, romantic fantasy can be found everywhere in the world, even in the most unlikely places. With the support of her wonderful husband, cats, and dogs, she writes from her home office outside Phoenix, Arizona, where she spends her time hiding from the sunlight and heat.