By Unknown July 21, 2014
Feeling like death warmed up today and in bed with the flu, so in lieu of the post I had planned, here's one of my favourite scenes from Forged By Desire (available September 2014).

Captain Garrett Reed of the Nighthawk guard has a deadly mission: capture a steel-jawed monster preying on women. He hates to put his partner, Perry, in jeopardy, but she’s the best bait he has. Little does he realize, he’s about to be caught in his own trap.Perry has been half in love with Garrett for years, but this is not exactly the best time to start a relationship—especially when their investigation leads them directly into the clutches of the madman she thought she’d escaped...

“I knew you grew up somewhere in the East End, but Bethnal?”
“Why not?” Garrett challenged.
Perry tugged on his coat. “With all your cologne, fancy waistcoats, and polished boots, who would ever expect it?”
“People see what you present to them. I learned that early enough. I was sixteen when I found the Nighthawks,” he replied. “My grandmother was a weaver with a bit of book-learning; enough to teach me some words. I used to mimic her finer speech as a lad, and when her and me mam died I became one of the swell mob. When you’re born on the streets, you soon realize the only way out is up. And the only way to stay up is get rid of any trace of where you were born.” Like his speech. He often silently repeated the things blue blood lords or merchants said, trying them out for himself. It was rare that he slipped up these days, usually only when he was angry.

“That was almost frightening, the way you started dropping your ‘g’s’. You sounded fit to join one of the slum gangs.”
“Aye, well when I was first infected, I actually considered it. The Devil of Whitechapel and his gang are the only ones  who dare defy the Echelon. He’s got a certain swagger a street lad tends to admire.” And Garrett had been full of anger then; at the man who’d cut his mother’s throat and stolen her purse; at the Echelon; and most especially the Prince Consort, whose crushing taxes had forced his mother to disreputable work.
“What happened?”
“I tried to pick Lynch’s pocket instead,” Garrett admitted with a wince at the half-remembered thrashing he’d received from the Guild Master. “He made an impression. So I followed him home and sat outside the Guild for a week. Lynch finally took me in. Anything to stop me from freezing to death on his stoop.” The smile on his face slipped slowly.
Perry saw it. “I’ve never asked,” she said hurriedly. “How you were infected?”
“Three months before I dipped Lynch’s pocket, I may have had a slight altercation with a set of young blue blood lads. Practically dripping lace, they were, which in my neck of town, is worth a fortune. I ended up with three fat coin purses, a handkerchief or two, a pair of broken ribs, slash across my face, black eye and a split lip.”
“And the craving virus, I presume.”
“A somewhat unwanted side effect. Obviously one of them was bleeding - and so was I.”
“You seem to have acquired somewhat of a nasty habit in your youth,” she said dryly.
“I’m completely reformed.” He slid a hand over the small of her back as he helped her around a semi-frozen puddle. Even through the smooth leather of her coat and corset he could feel the muscles working along her spine. What would it be like to run his hands all over her body? She wasn’t soft like most women - except in those places deemed desirable by a man - and the thought intrigued him. Strong, sleek limbs, meant to wrap around a man’s hips...
“You wouldn’t know what reformed meant.” Perry shot him a smoky look that burned right through him.
Garrett’s fingers danced over her waist, a smile lighting his lips. He liked her like this; warm and teasing. For a moment he managed to slip beneath the careful guard she held in place and see within. And she was letting him touch her, which was a secret delight he’d never have thought he’d own. How had he not been aware of this side of her?
Perhaps because she didn’t want you to see...
“True,” he said, holding up her coin purse.
Perry’s hand shot to her hip. “How did you...?”
He tossed her the coin purse and she snatched it out of the air. “I was a fingersmith, a good one too. Only man as ever caught me was Lynch.”
A trio of objects slipped from his sleeve and he juggled them in front of her. Perry’s jaw dropped lower as she snatched a small gold lump out of mid-air. “That’s my ring!” She grabbed again. “And my pocket watch.” The moment she saw the last object he held in his hands, the color washed out of her cheeks. “Give that back!”
He caught a glimpse of a small round coin with a falcon’s head stamped on it, like one of the sigils the Echelon used. Fist closing around it, he held his arm high. “What’s wrong? Something personal?”
She grabbed his arm and spun him directly into the wall of an alleyway, yanking his elbow up behind his back. A knee dug into the back of his, rendering him incapable of moving. Not that he wanted to. Perry’s entire body pressed against his, her breath in his ear. “Give it back.”
She dug his fingers open but the object was gone. Snatching at his other hand, she opened it too and snarled in frustration. “Where did you put it?”
One last sleight of the hand as she’d manhandled him. “You’re a Nighthawk,” he replied, swallowing tightly as he lowered his arm and pressed his fingertips against the rough brick. “Why don’t you find it?”
I dare you.
The silence practically blistered his ears. Then one of her thighs wedged between his and spread his legs. The shock of it stirred hot fingers of need through him and Garrett turned his face to the side as she ran her slender fingers up his flanks. They darted into his pockets, coming away empty. Rough hands, jerking against his hips. Up his sides.
“You’re enjoying this,” she growled, her hands growing reckless with frustration.
“Of course I am. A man’d pay more than five quid to get a touch up like this elsewhere.”
He sensed the moment she realized what she was doing. One palm curled over his hip lightly, the pressure almost negligent. The sudden pounding of her heartbeat echoed in his ears. Tension vibrated through him and she felt it, he knew. How could she not? Every muscle in his body was locked steel, tight with desire.
Damn you. Do it.
The pressure of her hand against his hip increased, a languid touch that almost became a stroke.
As if something had been decided.
Garrett almost lost his breath, his brain slowing to a crawl as everything inside him went molten. There was a tremor in his fingers, echoing through his whole body.
“You’ll owe me more than five quid then,” Perry replied, in a voice that had turned to liquid smoke. 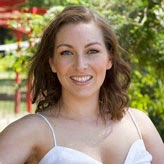 Hope you enjoyed! If you want to read more, keep an eye out for Forged By Desire, which is available in September 2014.