Hello! My name is Terri Austin and this is my first Casablanca Authors blog post. Woot! I’m thrilled to be here and thought I’d take this opportunity to share a little bit about myself and my upcoming release, His Every Need—the first book in the Beauty and the Brit series.
When I was twelve-years-old two things happened: I fell hard for all things British, and I read my first romance novel—Marriage Impossible by Margaret Pargeter--which got me hooked on happily ever afters. (Bonus: Crazy Hawaiian shirt alert, y’all!) Britain and romance became lifelong obsessions.

Throughout my teen years I scoured my small, local library for British authors. Not an easy task in the days of yore (before the world wide interwebs reigned and card catalogues still roamed the earth), but I managed. Inhaling books like oxygen, I read everything from Jane Austen to E.M. Forester. Harlequin became my go-to for romance and Agatha Christie gave me an education, not only in red herrings, but in the English perspective.


My fascination wasn’t limited to fiction. When Diana married Prince Charles, I stayed up until dawn to watch the ceremony. I got checked on spelling tests for using the British standard—grey, favourite, dialogue. One year, I watched the Wimbledon finals on the 4th of July. I was a full-blown Anglophile.

So when my hero, Trevor Blake, started talking to me in that droll British accent of his, I wasn’t surprised. He was funny, irreverent and arrogant. And he wouldn’t leave me alone until I told his story.

Allie Campbell is determined to take care of her family, no matter the cost. But when her father loses their home to British tycoon Trevor Blake, Allie finds herself forced to plead for more time to pay off the loan...and if she has to use her own body as collateral, then so be it.

Trevor isn't moved by Allie's story. But when Allie impulsively offers to do anything to keep the house, he's intrigued enough to raise the stakes: for the next two months, she must cater to his every need, no matter how depraved. To his amazement, she agrees. 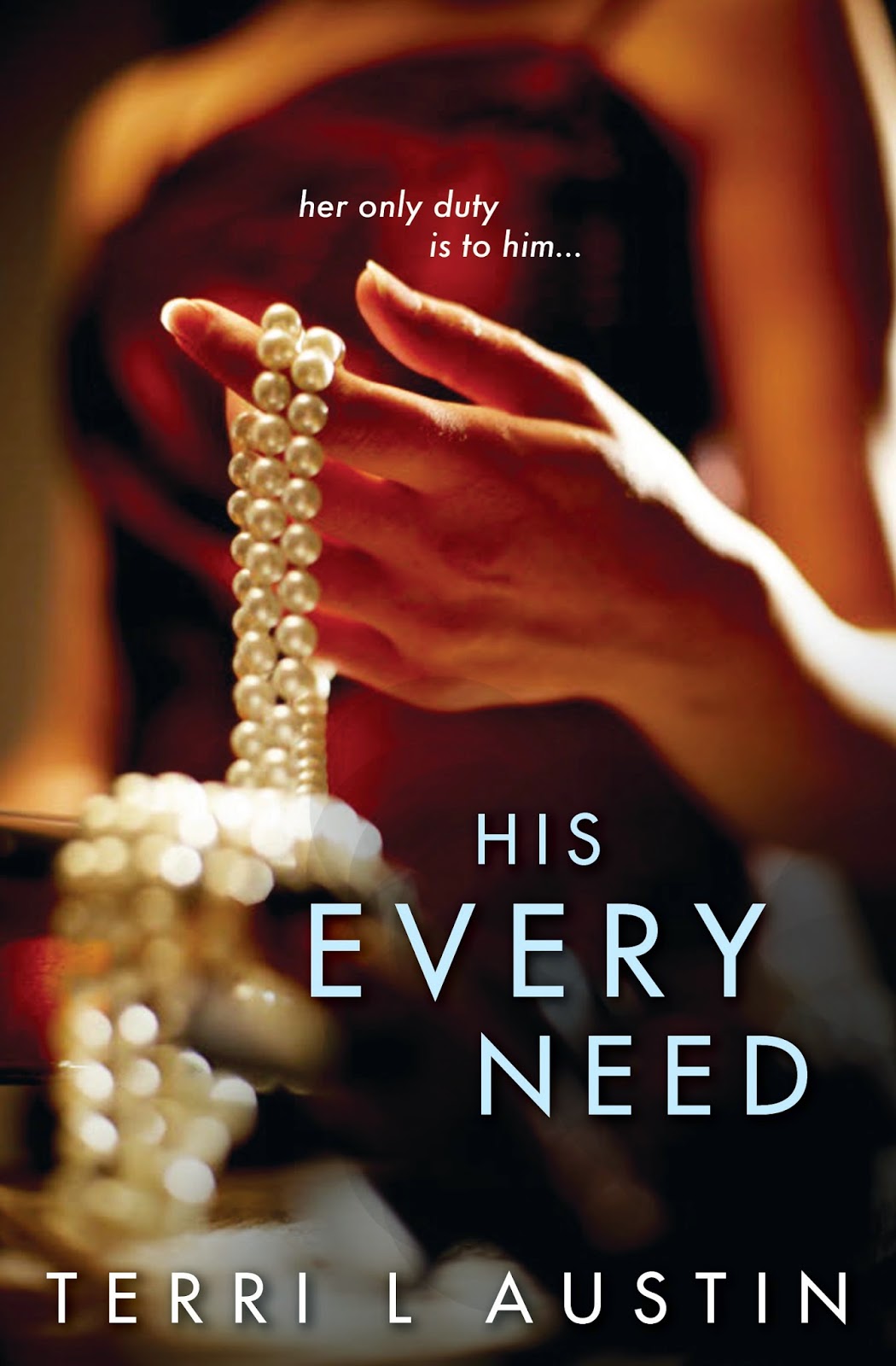 Allie has no intention of enjoying her time with the arrogant, domineering Brit, but it doesn't take long before he's got her aching for his touch-and he'll do whatever it takes to make her beg...
Amazon
Amazon Print
Barnes and Noble
Indiebound
Powells

*I’m giving away an ARC of His Every Need. Leave a comment to enter. Good Luck!

As a girl, Terri L. Austin thought she'd outgrow dreaming up stories and creating imaginary friends. Instead, she's made a career of it. She met her own Prince Charming and together they live in Missouri. She loves to hear from readers. Drop her a note at TerriLAustin.com, Twitter, FB, or Goodreads.