A Little Down Time with Samantha Grace

By samantha@samanthagraceauthor.com October 21, 2013
Last week I turned in the second book to my new series, Rival Rogues, and I'm just now hitting that sweet spot where I can finally sit back and relax for a bit. Every time I finish a book, it takes me a few days to shake the sense I should be writing instead of goofing around. (Does anyone remember feeling that way after finals in school?) As soon as reality sets in that the book is really finished, all those things on my to-do list start screaming for me to pay attention to them. Groceries, laundry, errands, emails to answer, calls to return, appointments I've been avoiding... And then once I've whittled down the list, blessed freedom comes. I know it's short-lived, because soon there will be revisions to make, a blogging tour, and another book to write, but I've learned to appreciate this time and use it to recharge.

Here are some of the ways I've been enjoying my time off:

1) Playing "Just Dance 4" on the Wii with my daughter. We had a blast last night doing the battle rounds. And dancing to "Time Warp" from Rocky Horror Picture Show was so much fun. It was great to just be silly and laugh for a while.

2) Organizing my office. I know that probably doesn't sound like much fun, but I love jobs I can finish is a fairly short amount of time and start seeing results immediately. I also like finding things that remind me of the past. I found a picture of my son from fourth grade dressed as Darth Vader for Halloween, and it reminded me of the Darth Vader cake I made for his birthday party that year. I made a cake in a dome shaped bowl and attached the mask to it so it looked like Darth Vader's head on a platter. Then we hummed the Darth Vader march theme as I carried in the cake instead of singing happy birthday.

3) Watching "The Walking Dead" with my son. We always get a kick out of KFC being the sponsor. There will be a gross scene, then right after that there will be an announcement "Sponsored by KFC". I know it's a popular show, but I wouldn't think it would boost fried chicken sales. Of course, I could be wrong.

4) Reading. I have so many books on my Kindle, not to mention two full bookcases of books I haven't had time to crack open. It has been nice to read in bed at night without it triggering an anxiety attack. Only two more weeks until my deadline and I have twenty-five thousand words to go. Can't breathe!

5) Catching a matinee at the cinema. My daughter and I saw "Cloudy with a Chance of Meatballs 2" today. It was a cute movie, and we both enjoyed it.

This week I'm getting a haircut. I also want to schedule a massage, and I had planned on a pedicure, but I jammed my toe Friday so that's going to have to wait.

How do you like to spend your free time?

Just in case you're curious, here's what I have coming in January! 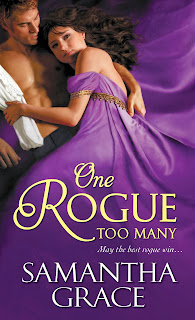 From the betting book at Brooks Gentleman’s Club:Wager: £2,000 that Lord Ellis will throw the first punch when he discovers Lord Thorne is wooing a certain duke’s sister.All bets are off when the game is loveLady Gabrielle is thrilled when she learns Anthony Keaton, Earl of Ellis, wants to ask for her hand in marriage. She’s not so pleased when he then leaves the country and four months pass without a word. Clearly, the scoundrel has changed his mind and is too cowardly to tell her. There’s nothing to do but go back on the marriage mart…When Anthony returns to Town and finds his ultimate rival has set sights on Gabby, his continual battle of one-upmanship with Sebastian Thorne ceases to be a game. Anthony is determined to win back the woman who holds his heart--but he’s not expecting Gabby herself to up the stakes…