By Jade Lee August 24, 2013
Sometimes books flow easily, others are dragged from me thanks to massive doses of caffeine and chocolate. Mostly, my books come with a mixture of both with some scenes arriving fully formed, others being written and rewritten until my fingers bleed. (Actually, they usually become chocolate stained, but I digress...) What the Bride Wore was of the hard-fought variety. Perversely, I think it makes it one of my best books just because of the struggle. At the very beginning, the book's core had little to do with romance. I've been watching a lot of Supernatural and was very intrigued by the two brothers. Sam and Dean anyone? 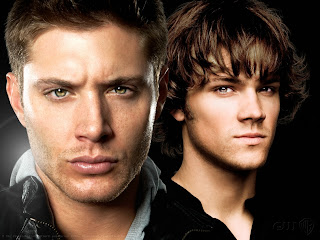 So I wanted to write two brothers with a simple but profound difference in perspective. Will, the younger brother (and the hero of Winning the Bride) is like Dean in that it's all about doing the work. He doesn't say much, but his actions speak volumes. 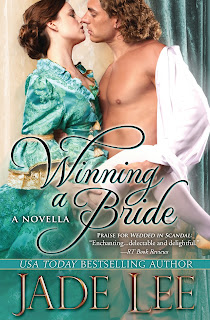 Grant is the older brother (hero of What the Bride Wore) and is more cerebral. He thinks about appearances. He believes the populace must have a reason to respect the ruling aristocracy. His title means something to him even if he's spending more effort maintaining the illusion of nobility as he is in doing work to support the title. It's a delicate and frustrating balance for him.

Then life intervenes and these two brothers lose each other for five years. The results of that separation lead to the two stories I've written.

Notice I haven't even spoken about the romance? Yeah, that was the hard fought part of the books. The women not only had to challenge and compliment their heroes, but they also had to guide their heroes back toward each other. It was like writing three love stories in two books. Each couple, plus the brothers.

Quite the challenge, but I think I did it. Publisher's Weekly named What the Bride Wore one of their top 10 picks for the fall, so that gives me hope! 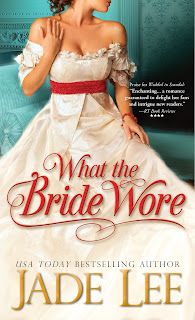 I should tell you about Irene and Grant. Naturally, Irene is the one woman who challenges all of Grant's more obnoxious aristocratic thoughts, but that's way too pat an answer. After I build the layered brotherly relationship, I found I needed an equally mature and textured romantic relationship. That's one of the reasons Irene is a widow who truly did love her now-dead husband. (Is anyone else tired of the abusive ex story line?) Grant has to work all the harder to convince her to give up the life she's built to join him in a new life. Change, after all, is one of the hardest things to do especially if life is rather comfortable where one is.

So there you go. Quite the departure from my usually flip and funny blogs, but I wanted to give you a taste of what these two books are like. Sure there's humor and hot sex too, but these books are surprisingly smart (even if I do say so myself!) I hope you enjoy them!